Lance Lissette’s Lesson on Being a Long Distance Entrepreneur: “You Can Lose Everything That You Have---Which is why I never recommend Anyone Doing What I Do.” 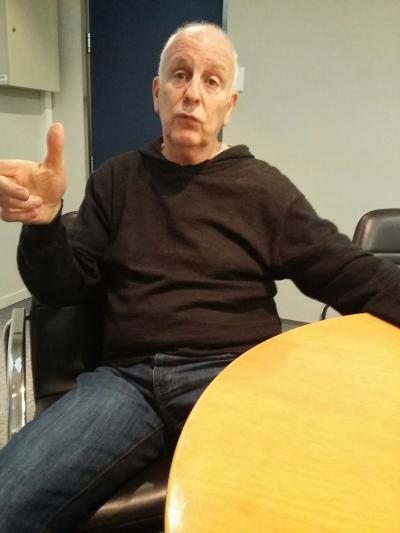 Lance Lissette is often considered in New Zealand the longest continuously operating figure in electronics, telecommunications, and information technology. In the past he has been willing to talk in public only about his numerous sporting activities. Now, though, he focuses on his commercial career and answers our Five Questions......

You are one of the last, perhaps even the last, of the electronics entrepreneurs from the 1970s-80s era still operational today. How did you get your start?

For many years I was associated as a dealer with radio pioneer Angus Tait. In 1983 I sold my dealership business to Philips. So you could say that I had the good fortune to start pretty much where I intended to finish up, which is with the major league.

This was the era of two-way radio and you are remembered, not surprisingly, as a vocal supporter of two-way.

I was. To some degree I still am. There is such a thing as negative progress. Two way radio was clear cut. It was easily managed by depot control. In contrast the cell phone with all its increasingly numerous options can easily lead to confusion and information overload. Two-way was dedicated to the business at hand. Cellular by definition handles many threads. A piece of entrepreneurial trade craft though is levering off a fading technology and into the new one- which we accomplished as we made the transition into the wider sphere of IT.

You convinced Telecom of the virtues of two-way at a time when cellular was already making inroads?

I did. I went into partnership with Telecom, as it was then known, under the banner of Telecom Fleetlink, and for many years the clarity and uncluttered efficiency of two way radio was there for everyone to see in terms of the freight and parcels delivery industry. Then we went over fully to cellular and we did so and in a rather spectacular way. We went into a joint venture with the Allen Corporation of the United States to install Telecom’s cellular infrastructure. Allen later bought us out and the joint venture became the basis of their cellular infrastructure work in both New Zealand and Australia.

You are known to have firm views on the role in society, at all levels, of the entrepreneur?

Thank you for asking. I most certainly do. I am horrified by the government for example calling for more people to be entrepreneurs. I believe it is shameful for people who are supposed to be in a position of responsibility such as at universities touting courses and education programmes for entrepreneurs and entrepreneurship. Most people sensibly do not want to become entrepreneurs. I never recommend what I do to anyone at all. Why? Because an entrepreneur at any given moment can lose everything they have. The lot.

What are you doing now?

Creating jobs across New Zealand and North America with a simple yet basic product line that at this stage I have no intention to reveal to you. Why am I still out there, and at my stage of life? Because my long experience tells me that I have an essential attribute without which any other skills that I may possess are insufficient to bring anything to fruition. I am talking of luck.