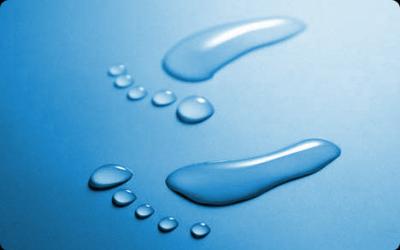 From MSCNewsWire's European Correspondent August 7 2017 -  Fresh water is New Zealand’s most promising new primary export yet the more extravagant become the prospects for development, the more intense the pressure to vapourise the business from powerfully placed ideological pressure groups.

In recent months attempts to staunch the packaged water business has U-turned away from a generalised argument against the plastic (i.e petroleum-derived) containers to a much broader-gauge argument to the effect that pumping out drinking water is undermining the very geological base on which the nation itself rests.

This notion is quite literally allowed to float un-contradicted.

A reason is that the relevant lobby New Zealand Water association is reluctant to buy into the issue.

Privately, officials will talk about the scaremongering centred on the emptying out of the subterranean aquifers.

They point out simply enough that the supply of water remains constant and that water merely changes its form on its way to finding its own level again .

Steam, rain, snow, ice being just some of them.

However, the New Zealand Water association is mainly comprised of municipal water treatment officials and their suppliers.

So there is an understandable reluctance to buy into the ideological and thus frenzied fresh water exports debate.

This is correctly viewed by New Zealand Water industry group, which is a top-tier lobby, as a lose-lose proposition from its point of view.

There are now strong indications internationally that fresh water exports offer the same economic opportunities to New Zealand now as did the wine sector a generation or so ago.

Sales of bottled water in Europe have now substantially overtaken sales of bottled flavoured sodas, of the type now so actively despised by New Zealand educationalists, among others.

The other trend is the way in which the bottled water sector has imitated the wine sector in that provincial and family-owned bottled water marques have begun to bite deeply into the established brands.

This means that Nestle and Danone, the two dominant bottlers, have had to reconfigure their marketing around the threat of these niche, and personalised premium brands.

All this is much more than abstract state of affairs for New Zealand.

It means that all the French multinationals involved in packaged potable water are intent on diving headlong into Asia.

As these companies seek scale and market share in Asia they are much assisted by France’s merchant marine which is customising its freight capacity to take advantage of this new highly absorbent market.

This will be a big export setback in the region.for New Zealand.

Much greater than is widely understood.

The reason is that the European potable water will be bundled into much wider primary offerings just because firms such as Danone and Nestle are also the world leaders in, for example, dairy products.

Dairy products move in and out of various categories of surplus.

Fresh water in clear contrast enjoys a much more constant level of demand.