What the hell is a ‘flashpacker’? 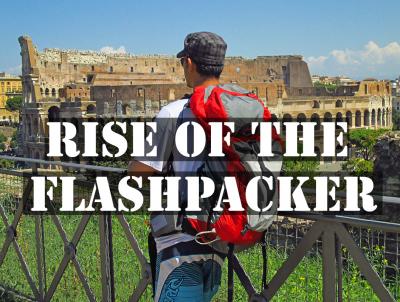 Feb 07, 2018  -  No, we haven’t misspelt ‘backpacker’, but rather are shining a light on a whole new type of traveller, and they’re not schlepping around with giant packs and minimal spending money.  A new trend from Tourism and Transport Forum (TTF) has brought attention to the ‘flashpacker’, the newest tourist you ought to keep an eye out for.

Hannah Edensor's article in her article for Travel Weekly that basically, they’re described as being the usual backpacking age – between 18 and 24 – however come with a high disposable income, and few major household expenses (AKA no mortgages or flashy cars).

TTF’s Chief Executive, Margy Osmond, said these people are keen on spending their hard-earned cash on big holidays, and exploring the world in a way their parents never could.

“The days of young people travelling with little more than the shirts on their back are well and truly over,” Osmond said.

“What we are seeing is the rise of the flashpacker — young travellers who are seeing Australia and the world in a way their parents might not have.”

“More and more young people look to be choosing to postpone a long-term savings plan.

“[They are] opting to take more extensive and adventurous holidays and to increasingly look to gain life experiences such as exploring different cultures, learning languages and gaining work experience through travel.”

New TTF research has shown that young people plan to spend more on their summer holiday than any other age bracket.

Meanwhile, West Australians are the biggest high-end spenders, with 13 per cent planning on spending $5000 or more.

More in this category: « Avalon Airport to go international later this year Royal Wedding Package at The Arch London »
back to top
Aug 17, 2018