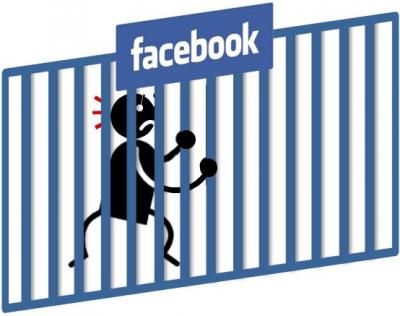 This trick is not a difficult one for the swindlers who can use the personnel layout revealed in an organisational web site.

This can then be further refined via easy access to the target organisation’s staff's own social networking devices especially Facebook.

In Facebook so often is revealed details of corporate or institutional rites of passage, including official ones such as the presentation of awards.

This portrays the linkage between staff and their superiors, the company organisation grid, in other words.

MSC Newswire has on several occasions stressed to organisations that they must warn staff at all levels of the danger using Facebook.

And how in doing so they are unwittingly revealing details of where they work, and co-worker connections that reveal the identity of their line bosses

Equipped with this easily accessible free background information scamsters have another advantage.

This is the hyper sensitivity among employers, the bosses, about making the slightest reference to anything pertaining to the private life of their employees.

In other words, management cannot sober up Facebook-happy employees by pointing out the dangers in broadcasting what they believe to be their “private” life to the world at large.

In turn this problem has been compounded by the known and openly recommended practice of employers and would be employers in using Facebook to evaluate and investigate the after hours i.e private life of their staff, real or potential ones.

The ease with which Facebook can be employed as a window on the lifestyle of actual or possible employees should long ago have drawn attention to its similar value to those bent on infiltrating the same organisation.

Too much partying (boozer). Too many “partners? (feckless). An unstructured life (unmethodical). A lavish lifestyle (extravagant).

Neither is there anything sinister in this.

Potential employers for example are looking for sensible use of leisure time from prospective or real staff.

Visible participation in team sports for example is also highly rated demonstrating as it does an ability and willingness to fit in.

The weird official status, a quasi-sacred cult accorded by so many to Facebook is the problem in that it blinds its adherents to its dangerous side.

It is this that gives Facebook its own face-value purity of purpose which in turn leads to its deliberately ignored conduit as an unquestioned and easily accessible feed to the fraudulently inclined, anywhere in the world.

The dog photo permits the trickster a simple personal access to acquiring trust i.e. “yes, I have one of those as well, are you a member of the kennel club?”

The meal photo tends to reveal the restaurant and thus “we dine there regularly, didn’t we see you there the other night?”

MSC Newswire last year revealed the dangers of the money transfer President Scam, so called because the confidence trickster masquerades as a superior or pretends to be the boss of a a supplier claiming that if a certain payment is not immediately made then production at the target’s own company will be forced to close down.

A particularly nasty twist is when a known adviser, perhaps the head of an organisation’s firm of accountants appears to be ringing in, urgently advocating the settlement of this or that account before the sky falls in.

In Europe where the President scam was developed and refined there can often be a conspiratorial aspect to the impersonation in which the scam artist seeks to impersonate elements of the forces of law enforcement, and seeks the covert assistance of someone connected with money transfers on the grounds of patriotism.

Again, we find that freely revealed social media details fill out the blanks in the fraudster repertoire and especially so in revealing personal, and thus, convincing, details.

Ironically the social networking-driven moral panic on the Atlantic axis continues to obscure the rather less sensational but much more dangerous way in which the same techniques are being used by the fraudulent to beguile ordinary people going about their ordinary business.

Attention is diverted instead in official and especially academic terms onto the nebulous macro threats to personal privacy such as big data collection.

More in this category: « Databank’s Gordon Hogg was Nation’s first Technocrat MSC Newswire Overtakes One Million Visits Per Month »
back to top
Nov 11, 2018