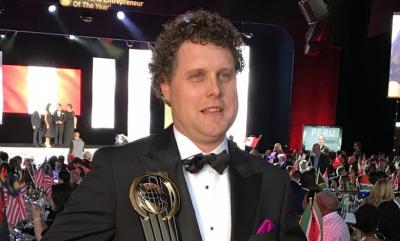 Peter Beck, Rocket Lab founder, argues that the UK Government should abandon plans for launching rockets in Scotland.  Anna Isaac from The Telegraph met with Peter and asked him a few questions:

I’m an engineer. Before I started Rocket Lab, I worked in a New Zealand Government lab, developing advanced materials, structures and superconductors. But even since I was a kid, I’ve built rockets. My very first one used hydrogen peroxide, which was very dodgy – very dodgy indeed.

How did you start the company?

I started the business about 10 years ago, because I wasn’t happy with how things were being done in the the space industry. The sector wasn’t looking at space with the right sense of scale. Space, so far, has been a domain for billionaires and Governments. I want to make it more accessible.

I took a holiday in the US for a month, hoping that I would find like-minded people in the industry. It was there that I realised two things. First, no one wanted to do what I wanted to do; and second, the rockets that I was building in my garage weren’t that less complicated than the rockets being creating in commercial enterprises.

More in this category: « iPhone driver "Do Not Disturb" safety feature released Earthquake physics on multiple scales »
back to top
Aug 01, 2018