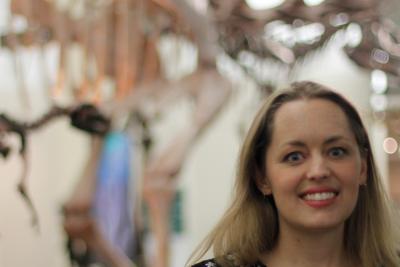 The worm has turned in the tech world as a wave of females are joining the tech community, according to national and global reports.

This Thursday is International Women's Day and executive director of Tech Women New Zealand, Edwina Mistry, says tech has never been more attractive as a career for females.  One Auckland company, Dexibit, says 50 percent of its staff are women.Big data company Dexibit chief executive Angie Judge says half their staff spread across Auckland, Washington and London are females, represented in all business units including data science, and engineering. Their board is 60 percent women.Studies show more diverse organisations deliver better revenue and profitability, a clear sign tech is a great career for women. Research now shows that new companies with 200 percent or more growth, are 75 percent more likely to have a female founder.“​Technology is an amazing career for anyone, particularly in today's times where we're working on incredibly exciting areas like artificial intelligence,” Judge says.“As a woman, many ​of our strong suits, like communication, multi-tasking and thinking with the end user in mind are surprisingly rare but especially important skills to be successful in tech.“So as individuals we can really have an impact in the teams we contribute to and particularly when we can lead others. We know there will be enormous opportunities for young Kiwi women to learn more and have a voice worth listening to during Techweek'18 in May,” Judge says.Another Auckland firm, Vend, has more than 200 staff across five offices globally, of which 41 percent are female and 59 percent male.Vend founder Vaughan Roswell says there is still a challenge in technology companies where teams are still predominantly male.“However, this is changing. More and more women are entering product and tech roles, and initiatives like She#, GirlCode, Shadow Tech Day and OMGTech! are creating the pathways and inspiration for women into technology,” Rowsell says.“There is still a lot more to do for the industry to be considered open and welcoming of all people from all genders and backgrounds, but there is a willingness to embrace more diversity and so that needs to be positively encouraged.”Earlier reports have found tech firms that have equal number of women and men are up to 40 percent more profitable. Tech Women will be holding events in Auckland, Wellington and Christchurch during International Women’s Day tomorrow to share local stories of game-changing tech diversity. Mistry says that these events are relevant for men as well as women and encourages all New Zealanders to get involved in encouraging more women into tech.

More in this category: « NZ can’t afford to fall behind in the AI revolution AI provides tech work window for women »
back to top
Jul 24, 2018