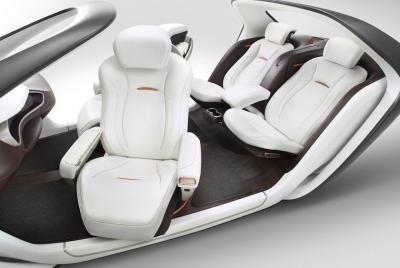 Adient, the word’s biggest car-seat manufacturer, entered the aircraft seat business earlier this year to bring “discipline” to an industry that has long struggled to deliver products promptly, an Adient executive said Monday at an industry conference in Hamburg.

“In our industry if we don’t deliver 99 percent of the time to our customers within an hour and a half of them broadcasting the order, we won’t have business,” Richard Chung, the company’s vice president for innovation and design, said at the Passenger Experience Conference, an annual event. “We would like to bring the same discipline into the airline industry so that we can deliver products that customers want on time.”

In January, Adient said it would create a new joint venture with Boeing called Adient Aerospace to develop, manufacture and sell seats to airlines and leasing companies. The joint venture will produce seats for aircraft from Boeing and other seating manufacturers, for both new planes and for retrofits. The two companies predicted the global seat business will grow from $4.5 billion in total sales last year to $6 billion by 2026.

As much as airline passengers may not believe it, seating comfort is important to carriers, who constantly meet with manufacturers to try to tweak seats to make them more customer-friendly. But airlines are concerned with ensuring sure seats arrive on-time, and on that front, carriers often have complaints. Some established companies have struggled with delays.

“The reason we are in the airline industry now is because manufacturers like Boeing and airbus have long been having trouble with seat suppliers being not accountable and not delivering on time,” Chung said.

Sometimes, particularly with premium cabin seats, delays can be costly. United Airlines last year had to temporarily park some new Boeing 777-300ERs because Zodiac Aerospace had not delivered their bespoke business class seats. And in 2015, American Airlines sued Zodiac because the company could not deliver business class seats as per its contract. American eventually canceled the deal and switched manufacturers.

While Adient is new the airline industry, it produces one-in-three car seats in the world, for every manufacturer, according to its website. For airplanes, on-time production might be its first priority for Adient, but the company is confident it can produce a more comfortable seat, Chung said.

“We think we can do better,” he said. “As a flying passenger, with the experience of sitting in the seat for 10-12 hours and being able to enjoy the ride and flying experience, we feel there’s more we can do.”

This joint venture is not the first time Boeing has taken steps to alleviate seat-delay issues. Over the past two years, a Boeing-backed company called Lift by Encore has launched new economy class seating for Boeing 737s and 787s. Encore also said it was spurred to enter the business because of production delays at other companies.

“There is a lot of demand,” Elijah Dobrusin, Lift by Enore’s vice president for development and strategy, said in an interview last year. “There’s not a lot of capacity.”

More in this category: « Weather disruptions - Air New Zealand New Monet exhibition in London explores the use of buildings in his work »
back to top
Mar 26, 2018

Huawei a ‘trojan horse’ aimed at an achilles heel

Is it time to carve up Fonterra and sell it?