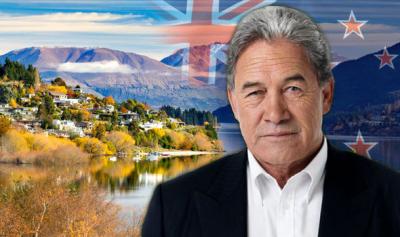 The reason is that there are now brightly burning indications that as a milk buyer China is now softening.

The blazingly obvious example is the Fonterra Beingmate affair.

Why was Fonterra allowed to be paired with a secondary tier China milk company?

All the evidence is that the New Zealand side was unaware of the true circumstances of Beingmate and that this extended all the way to the Fonterra main board.

For example when at the Fonterra annual general meeting the issue was brought up about the munificent, by New Zealand standards, remuneration of the Fonterra ceo Theo Spierings the cooperative’s chairman John Wilson said that the pay package was due to Mr Spiering’s ability to peer into the future.

Around this time Credit Suisse was posting its doubts about Beingmate and its future earnings.

China and at the very highest level is letting it be known that it is entirely self-sufficient in agricultural products, and that it merely wishes to let its citizens have the widest choice of food products available.

This kind of official stance is accompanied by its insistence that organisations wishing to do business with it do so under joint ventures.

Its deals are becoming increasingly complex and this is reflected for example by its insistence on technology transfer.

For “technology transfer” read “until we have learned how to do it ourselves.”

There is in New Zealand a dismayingly widespread unwillingness to comprehend how developments in the EU are anything but in New Zealand’s favour.

But especially to China where the French milk companies, rather more experienced in retailing than Fonterra, are focussing on own brand direct sales.

Another reason for the focus on China as far as EU milk producers are concerned is that own-brands into Russia are being choked by the US-led embargo on Russia following the annexation of the Crimea.

Mr Peters’ discouragement of New Zealand’s joining in the hue and cry over the Salisbury poisonings thus goes some way to keeping this destination open to New Zealand.

The Beingmate affair continues to evoke more questions than it does answers.