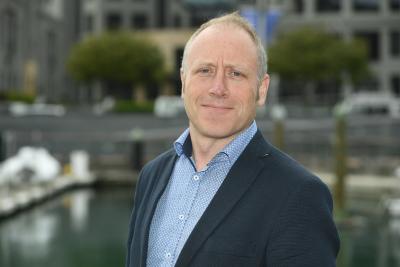 Artificial intelligence (AI) is expected to deliver economic growth and productivity improvements but will impact some people’s jobs according to new research that is being pulled together for a leading national report to be released on May 2.

New Zealand AI Forum executive director Ben Reid says New Zealanders keep hearing about how AI and automation will destroy millions of jobs but this research, to be released early next month, has found that we should not expect AI to be different to any other technology-driven change in recent times.“To put it into perspective, according to data from Statistics New Zealand, thousands of jobs are churned each year due to constant changes in work tasks and roles. Every year businesses change the number and type of jobs they need in order to be successful. When jobs are no longer needed by firms, workers lose their jobs and most find other work suited to their capabilities or retrain.The research report, commissioned by the AI Forum NZ, analysed more than 50 international papers on the potential impacts of AI and has found that AI-driven job displacement will have a relatively modest influence overall.The worst case scenario would only represent up to 10 percent of the total natural job churn over the next 40 years.“Based on our analysis, there is no obvious reason why existing labour market support policies would not be able to cope,“ Reid says.“It will be more about changes to jobs as automation alters the tasks within a job and the skills needed, rather than the entire job being lost.“These job changes occur as the technology allows more productive solutions to enter the market. New Zealand’s economic growth is predicted to soar if we can embrace AI.“The study found that AI is expected to generate billions of dollars of economic growth through labour efficiencies alone by 2035. AI and automation will free people up to focus on more complex, higher-value tasks in their jobs.“The research also identified over 120 New Zealand organisation actively involved in AI projects with some of the most visible being world leading digital avatars from Soul Machines and FaceMe or the Cacophony Project, using AI to help make New Zealand predator free.“As more people see the impact of AI we expect to see some exciting times ahead with innovative new products and jobs on the market, but the research report will also suggest a need to start the conversations now about new challenges associated with AI such as ensuring fairness, transparency and accountability.“Quite simply, the future is looking bright for New Zealand businesses when they begin integrating new AI technologies into their products and services,” Reid says.While 75 percent of businesses in New Zealand who are considering AI believe it will be a game changer for their organisation and the country, we are not alone as the AI wave starts to build.“Most Kiwis are already using AI and don’t even realise it, as the technology has become mainstream in our phones, the websites we visit and even how traffic is directed,” he says.The AI Forum has been working closely with the government, the tech sector and major industries on this research which will be a comprehensive year-long project to understand the potential opportunity of AI for New Zealand.