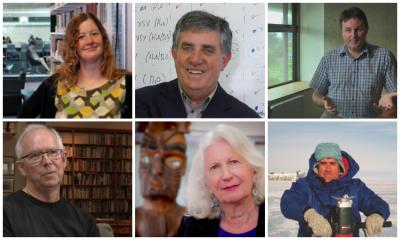 Ahead of the premiere of a new documentary on the life and work of Sir Paul Callaghan, a few of his friends and colleagues – including Anne Salmond, Bill Manhire, Nicola Gaston and Shaun Hendy – share their memories of the great man on The Spinoff today.

New Zealander of the Year, founding director of the MacDiarmid Institute, coiner of the rallying cry to “make New Zealand a place where talent wants to live” – Sir Paul Callaghan was a lot more than just a high-profile scientist. A tireless proponent for New Zealand’s potential to be a world leader in the smart application of scientific research, Callaghan pioneered the once-revolutionary idea that the country’s science and business should forge closer connections, to the benefit of both.

The prolific science communicator and cheerleader died in 2012 but his influence is still felt today in projects like Callaghan Innovation, the government body tasked with making New Zealand business more innovative (and which, like the MacDiarmid Institute, is a sponsor of The Spinoff). His life and legacy is explored in Dancing with Atoms, a new documentary by veteran filmmaker Shirley Horrocks, which has its premiere on May 20 in Wellington.

To mark the occasion, a few of those who worked with Callaghan in the later stages of his career share their memories of an extraordinary man.

As told to Alan Perrott.