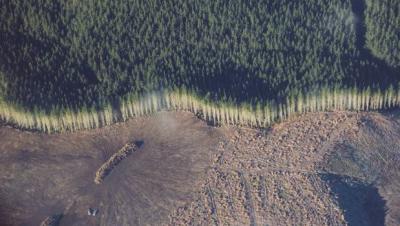 Trees are in---Dairy is OutThe New Zealand dairy sector has become overwhelmingly the chief target of the urban activist movement and the industry’s vulnerability is greatly enhanced by its own inability and reluctance to acknowledge this.

Its vulnerability to middle class guilt transfer is on the same level as that of the oil and gas industry which only weeks ago was served from Parliament with its own sinking lid.

Dairy sector operators at every level are as convinced of their enduring value to society as was the local energy sector just weeks before. In both instances, it is the cause that they embody in the eyes of the urban activists that matters rather than their practical value to the economy.

An example in the dairy sector occurred at the annual general meeting of Fonterra.

The chairman John Wilson was asked to explain what in fact Fonterra ceo Theo Spierings did to earn his annual $8 million plus pay packet.

Mr Wilson said that Mr Spierings had to peer into the future to divine what was happening in the marketplace. In the event the real threat is manifesting itself as a supply one coalescing around an astoundingly diverse series of themes. The climatic and water purity points of view are well known. But bubbling up, and still only partially perceived by the dairy sector itself are ones such as these:-

• Drinking milk is not a cultural norm • Milk is a carcinogen • Milk is linked to obesity, diabetes, and heart disease • Milk production means cruelty to animals

In the same way that the urban activists were not worried about the energy ban leading to a still greater need to import oil, so they are not fussed about the economic impact on their desired sinking lid on dairy.

Tree planting is one substitute for dairy that is viewed as politically desirable and expedient.

Memories are short and conveniently forgotten is the immense scheme to uproot swathes of the Central Plateau plantation forests in order to make way for dairy farms (pictured.).

Politically, trees are in.

Dairying has massively fallen from grace with the politicians just because it has become a curious mix of the unfashionable and unhealthy in the eyes of their urban activist constituency, ranking somewhere below marijuana.