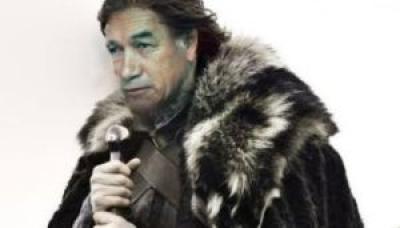 Acting Premier Stands Aside from Grandees gang-up on Donald Trump

Acting premier Winston Peters has kept his head and declined to join in the round robin condemning President Trump signed by a collective of NATO and Commonwealth grandees.

Not so widely understood is the second-tier target which is Canada and its protection scheme known as supply management and which invokes a 270 percent tariff wall to protect its own dairy farmers.

New Zealand has registered an official complaint against this tariff.

Former United States president and globalist Barack Obama was similarly exasperated by it.

Also involved in the trade “war” is aluminium and steel which deeply involves China and Canada.

New Zealand’s steel and aluminium is foreign owned and thus the impact of the United States tariffs will centre on certification of origin.

Mr Peters has witnessed how Canadian premier and globalist Justin Trudeau has pulled the tail of the United States tiger, as it were, and with predictable responses.

Mr Peters has also energetically, if unobserved, re-positioned New Zealand away from what he sees as a dangerous dependence on China as a trading partner.

He has in fact tilted toward an Atlantic reorientation and also sought to mend fences with Russia which in its old USSR era was an important trading partner.

Mr Peters has been vindicated here by signs from China that the era inspired by the free trade agreement is cooling.

This in turn is reinforced by problems in getting paid and also with indications that in a command economy New Zealand is being shunted to the back of the queue.

The Beingmate venture was an example of New Zealand’s accelerating fade from its once favoured nation status.