Strange Stuff Happened to Fairfax on its Way To Channel Nine 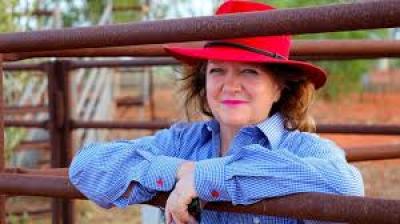 A titanic struggle became the end piece of Australia’s 1980s boom years. On one side was the heraldically- named Robert Holmes a Court, one of the nation’s first billionaires, a New Zealander out of South Africa . On the other side Warwick Fairfax Jnr, known as Wokka, who was determined to preserve via privatisation the family publishing dynasty for ever and a day.

It was gripping stuff.

Yet no less curious and in a management school sense no less instructive were three much more recent events that boiled up around what was left of Fairfax after the heroic tussle for its control.

In order of severity we now look at three different yet emblematic episodes that illustrate the problems that management sought to master in the troubled era that followed the battle for control and which had to be countered with a near empty war chest and the accelerating threat of the internet and its free model.

In the history of Australasian commerce in this century, or even in the last one too, no single management decision stands out quite so starkly and quite so incomprehensibly as the decision by Fairfax management to scorn the lifebelt thrown it by Australia’s richest individual, Mrs Rinehart.

It was as if the crew of a vessel aground on the Great Barrier Reef turned away the rescuing lifeboat on the grounds that the bosun in charge of it and however efficient was not to their liking.

In short, the Fairfax boardroom took its instructions from the newsroom.

A reversal of course of the usual flow of directions.

Fairfax journalists by now viewed themselves as the South Seas versions of The (Manchester) Guardian’s newsroom.

They arranged themselves around a de-facto, virtual, commune. One which sought a one- ness with nature and human harmony.

Mrs Rinehart whose managerial strength is a determined focus on both the big picture and the small picture had foreseen much of this.

She had inserted as intermediary into her dealings with Fairfax John Singleton.

In the end Mr Singleton, not a pompous man, had to advise Mrs Rinehart of the depth of this curious state of affairs chez Fairfax.

Mrs Rinehart now withdrew, taking her investment with her.

In which Fairfax Falls in Love with TradeMe.

Contrary to an opinion much voiced in the books of the Who-Killed-Fairfax? Variety the company was in the event very conscious of the looming social network/ internet era and did its level best to get a piece of it, notably taking across to it sectors of old print mainstays in the real estate and vehicles sectors.

Fairfax knew though that it had to command somehow a maxed out position in cyberspace with a product that could counter the now frightening erosion of its print circulations and thus advertising.

The company’s gaze now settled on TradeMe and it was now that commenced a mercantilist procedure as bizarre in its way as the one that had surrounded Gina Rinehart and her investment.

Fairfax could not hide from the New Zealand family that had created it, Fairfax’s burning, consuming, ambition of possessing it.

There had been desultory interest in the general trading platform and the sum of $70 million was at this time cited as an expensive but risk –worthy price.

Under the Fairfax fervour this now multiplied by a factor of at least 10 times.

The sum bears an eerie resemblance to the price that Rupert Murdoch paid for MySpace.

While MySpace proceeded now to implode into a cyberspace galactic black hole, TradeMe in contrast flourished.

Fairfax had paid an international price for TradeMe. But its activities were localised.

In its so-visible passion to possess TradeMe Fairfax had handed over expensive-to-borrow cash for the platform instead of exchanging its own shares.

So TradeMe had to be floated off.

The purchase price had made it too expensive to keep.

Once again plenty of strange and unanswered questions here.

Chief among them was the question of who exactly, if they in fact ever existed, was Fairfax bidding against to acquire TradeMe?

The Murdoch interests were preoccupied with MySpace which in its day was bigger than Facebook.

The other possible acquirer was the media interests centred on The New Zealand Herald.

They did some tyre kicking. But that was all.

The identity of the real or phantom counter bidder remains a mystery to this day.

If in fact there ever was one.

In which Fairfax goes to the Commerce Commission

Few New Zealand marriages have been quite so troubled as the Fairfax one with New Zealand Media and Entertainment whose flagship title is The New Zealand Herald.

The government in the form of the Commerce Commission which adjudicates in the monopolies sphere found just cause to prevent in the first place its consummation.

In anything to do with trials and tribunals and suchlike one rule is drilled into the heads of young professional litigants.

It is to the effect that never should a question be asked without the answer being already known by the inquirer.

Fairfax had failed to take preliminary readings on the Commerce Commission and its makeup.

It had broken the great secondary rule in this kind of procedure which is never to make an assumption.

Fairfax had assumed that the Commerce Commission would see things Fairfax’s way.

Fairfax now appealed the decision and in doing so revealed that it had no plan B.

The appeal was still underway when the Channel Nine deal rendered it moot.