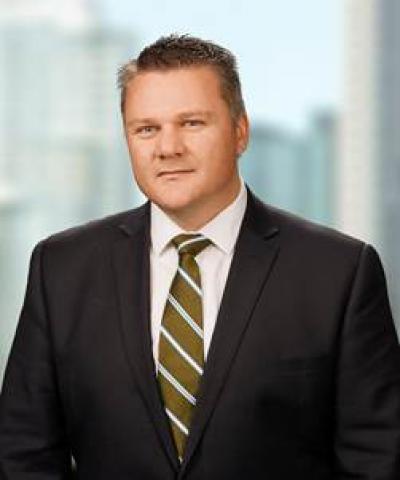 Fonterra Co-operative Group (FCG) has announced that Miles Hurrell will take over as the Co-operative’s interim Chief Executive with immediate effect.

Mr Hurrell first joined Fonterra in the year 2000. His 18 years’ experience in the dairy industry has spanned four continents, including roles in Europe, the United States, Middle East, Africa and Russia.

Fonterra Chairman John Monaghan says the Co-operative’s Board is clear that it is not best practice to have the Chairman and CEO stand down at the same time, but events have overtaken that decision.

“I have agreed with the Board that we will stop the global CEO search while we review the Co-operative’s current portfolio and direction.

“It’s important that we give ourselves the time to take stock of where we are as a Co-operative, breathe some fresh air into the business, then determine any changes that are needed.

“Appointing a new CEO is the most critical decision a Board will make. We will take all the time we need to find the right person.

“In the meantime, we need a new leader that can hit the ground running. Miles has great mana. He has a deep understanding of our business and has demonstrated his ability to manage large, complex business units in most of our global markets. Miles is well-respected both within our Co-operative and by our key global customers and wider stakeholders.

“Our CEO role requires intellect, energy and commitment. Miles brings that in spades.”

Mr Hurrell said he was excited by the challenge and as a proud New Zealander understood the responsibility that comes with the role.

“I’ve been part of the Co-operative for 18 years and understand that its true potential really comes down to its people.

“Theo leaves behind a talented leadership team that includes some of the best minds in global dairy. I’ve been privileged to be part of that group for the last four years and I’m totally confident that, by working as a team, we can deliver on the expectations New Zealand has of us.

“As a group, we haven’t always got everything right. Those lessons will be invaluable as we face up to challenges that are in front of us.

“We are already a number of weeks into our new financial year, so I’m keen to get straight into it and ensure the business lives up to the commitments it has made to our farmers and unitholders for the year ahead.”

Mr Monaghan said the Board and Mr Spierings had agreed it was the right time for him to step down as CEO. Mr Spierings would work alongside Mr Hurrell to ensure a smooth transition of leadership through to 1 September 2018.

“Theo has led our Co-operative through a period of great change and some real challenges. We will recognise his contribution over the past 8 years and farewell him as a Co-operative when he leaves the business.

“For now, it’s important that we all get in behind Miles. He’s got a big job to do on behalf of our farmers, unit holders and wider stakeholders. The Board has full confidence in him.”

Before being appointed Chief Executive Officer, Miles Hurrell led Fonterra’s global Co-operative farming strategy which includes farmer services, engagement, milk sourcing and the chain of 70 Farm Source™ rural retail stores throughout New Zealand. Miles’ 18 years of experience in the dairy industry has spanned four continents. In his previous role as General Manager Middle East, Africa and CIS he led a period of sustained growth during a time of political unrest across the region. He reset the African sales strategy and was a director of Fonterra’s joint venture with Africa’s largest dairy company, Clover Industries Limited. From 2006-2008, Miles oversaw the streamlining of the Co-operative’s European operations before moving to the United States to establish new offshore partnerships. In 2014, Miles was appointed the Co-operative Affairs Group Director and in 2016 he took up the role as Chief Operating Officer of Farm Source.