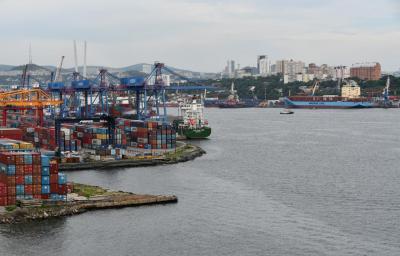 Maersk is planning to launch the first container ship through the Arctic ocean north of Russia.

The liner will send a container ship from Vladivostok to St Petersburg via the “North Sea route”, which will take it through the Bering Strait between Russia and the US state of Alaska and across the Arctic ocean.

Maersk said this is a one-off trip designed to explore a new route and collect scientific data, and it does not see the route as a commercially viable alternative to existing routes between Europe and Asia.

“The trial passage will enable us to explore the operational feasibility of container shipping through the Northern Sea Route and to collect data.

“Currently, we do not see the Northern Sea Route as a commercial alternative to our existing network which is defined by our customers’ demand, trading patterns and population centres.”

Maersk plans to launch the vessel around 1 September, and said it is expected to arrive in St Petersburg around the end of September, making the new route up to two weeks quicker than the traditional route from Asia to Europe. The new route also avoids the Suez Canal. However, it is still only navigable by smaller vessels and Maersk said its ship will be accompanied by a Russian icebreaker.

As melting ice in the Arctic continues to open up shipping routes, the North Sea has been touted as a viable long-term alternative to the traditional Southern route, which goes through the South China Sea, around India and through the Suez Canal into the Mediterranean.

Commercially the route has been traversed before by tankers, however this will be the first time a container vessel has made the journey.