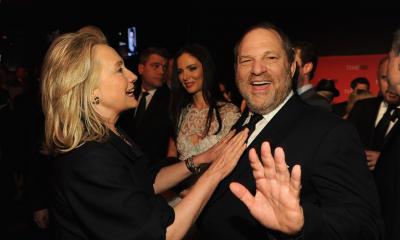 Not since Reconstruction has the United States found itself riven by such a clearly defined geopolitical division.

There are the two strips reserved for the elites, as they are viewed through the presidential prism, the ones on the east and west coasts in which dwell the political classes.

Then there is the other territory in which dwells everyone else, an electoral terra incognita best known as the Mid West.

Nobody doubts which way those on the east and west coastal strips will use their influence which will be to pull the White House rug from underneath the feet of president Trump, writes our foreign correspondent.

It is the territory in the middle in which lies the riddle of the mood of the electorate in the matter of effectively setting up President Trump for a second term.

With the support of Middle America, the president can successfully keep at bay a kind of latter-day Watergate revivalist movement complete with such Watergate warriors as the now grizzled Bob Woodward.

In the synthesised, composite, role of the rest of the old Watergate inquisitorial bench there is now Robert Mueller who in his days as director of the FBI was often known as Bobby Three Sticks because of his patrician lineage.

In this sharply defined geographical political divide there is another outstanding physical feature, remarkable just because it does not exist.

It is a vacuum.

Politically, it is the nation’s equivalent of the Empty Quarter.

It represents the absence of the usual President-in-Waiting who on this occasion is simply not in-waiting, and not even out there.

Such a candidate is usually there in the wings, primed to raise their profile still further after the mid term gubernatorial, senate and congressional elections which notoriously work against the sitting president.

Why the absence on this occasion?

It is because of strong indications that the liberal bi-coastal tide that was supposed to have swept into the White House Hillary Clinton has in the event receded still further in the other direction, out to sea.

There is the tangible belief that the touchstone coastal liberal causes such as immigration and free trade have become substantially more unpopular in the middle of the United States since President Trump was elected.

Then there is China.

It is widely supposed to be overhauling the United States in the super power stakes and said by President Trump to be doing so at the expense of the American worker.

At the expense of its workers of the type who tend to tote a bag of tools instead of a briefcase.

Those who for example, instead of lunching at a ritzy restaurant and expensing the cost, heft a lunch bucket.

These are the people who generate wealth instead of merely processing it, pocketing it or just losing it.

Now follows the linkage with the other great coastal clarion cause which is climatism, the intensifying acid test of true liberalism.

President Trump holds that the hollowing out of the United States productive economy in things like heavy and production engineering and processing can also be sheeted home to climatism.

In the Trump play book climatism is a generic code for suppressing the industries allocating the fat pay packets. Sectors such as oil-gas, mining, steel.

Who pays the price? The American worker does, according to the President.

Now we come to the other uncharted zone of the present political landscape, another vacuum.

It is the absence of any explanation of why the “system,” the one that existed in the pre-Trump era, let walk away free as the breeze the debt architects of the last Wall Street bust which is now in the embarrassing throes of its 10th anniversary.

Symbolically centred on the Lehman Brothers collapse, the anniversary is prompting a review of how exactly the ratings agencies chieftains along with the proprietors of the institutions supposedly under assessment simply slid away from the morass without so much as a backward glance.

The coastal liberal elites, the liberal progressives, never had any doubt about who was going to win the last presidential election.

For them it was always going to be Hillary.

Their bi-coastal fusion of Silicon Valley-Hollywood on the west, and on the other coast the Washington-New York media guidance axis commanded the lead-up to the last presidential election podium to this effect. There was no room left for doubt.

What a difference a year or two makes, even just the last few months

Now Hollywood has a dowdy victimhood and hangdog aspect about it.

Many of its incandescently glamorous standard bearers of two years ago now radiate instead a poorly disguised self-seeking aura in place of the world-saving one that they so recently and so successfully exhibited.

The Silicon Valley crowd has undergone the same tarnishing.

Under the guise of their own projected goodness they have been caught red-handed betraying the trust of the very sector that accorded them unqualified admiration, adulation even.

They have been discovered, hands in their server farms, sequestering and wholesaling the very type of personal information that liberals so earnestly believed was secure from the vulgarities of the consumer marketplace.

.The last months have seen grow in the United States a mood that many believed would never take hold.

The mood is of one of demonstrable uncertainty.