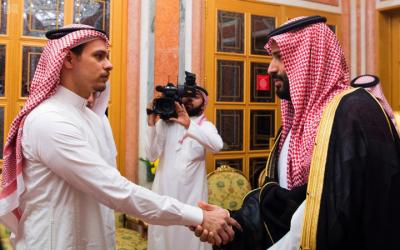 The role of the New York and Washington established media in guiding the electorate in the United States pending midterm elections will have been blunted by their evident ignorance of what was going on in their own backyard in terms of the liquidated journalist Jamal Khashoggi.

What exactly was the Washington Post up to in allowing someone who subsequently emerged as one of its stars drift around the Middle East, and especially so in zones in which he was obviously so reachable by his onetime colleagues in Saudi Arabia?

Why for example was Mr Khashogg not encouraged to seek the papers he needed to divorce his Saudi Arabia resident wife from the country’s embassy in Washington or consulate in New York?

While Mr Khashoggi’s estranged wife might have been insulated from any Saudi Arabian state reprisals, was it understood at the time that he was writing his pieces for the Washington Post that there were other hostages to fortune such as his son Salah, and possibly other children too?

There remains unspoken the suspension of any judgment by this same activist media of the visit to the United States of crown prince Mohammad bin Salman, the operational ruler of the Desert Kingdom.

The visit, just before the disappearance of Mr Khashoggi, was accompanied by a massive public relations bombardment leveled at this same media to ensure that it saw Saudi Arabia in the most progressive light possible, though on a somewhat flimsy basis characterised by the right of females to drive their own cars and visit neighbourhood cinemas.

This was reinforced by an earlier rolling barrage in which influencers were engaged by the kingdom to provide articles to glossy magazines in which they pointedly admired the kingdom in general and its leader, always portrayed in flowing robes, in particular.

It was this same mainstream media that so uncritically welcomed the possibility of Saudi Aramco being listed on the New York Stock Exchange when it was well known that funds would immediately become frozen because of litigation attached to the assets of nations involved in 9/11.

The Khashoggi affair presents the picture of this media as being out of touch with what is going on outside its own newsrooms.

The existence of Jamal Khashoggi ‘s adult family, within Saudi Arabia for example took some time to come to light.

Variously described as an “editor” at the Washington Post, indicating that he had a desk there, he was in the event a regular opinion contributor over the preceding year.

In these he criticised the evaporating collegial concensus within the country’s hereditary and numerous ruling family as power manifestly became concentrated on the crown prince.

The family’s singular horror though is someone from within the royal circle including an ex courtier such as Mr Khashoggi criticising it, bringing dishonour upon it, from outside its borders.

In such instances the royal family consistently closes ranks and eliminates the dissenting voice, knowing the short memory of the west and its democracies.

In the meantime there will be interest in the views of the Khashoggi son who is permitted now to leave Saudi Arabia.

The Saudi Arab-language press meanwhile reminds us that he has still within Saudi Arabia a seemingly devoted and hale and hearty mother.