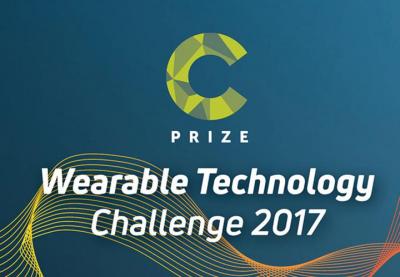 Callaghan Innovation CE Vic Crone says the C-Prize incentives, which include a $100,000 grand prize package will stimulate some great ideas, and the very best will become viable businesses.

“We know it takes a lot of courage to make the leap into innovation, and an opportunity like C-Prize can be just the nudge that people with ideas and ambition need to create a tangible concept.”

Entrants need to create a hardware-software wearable solution that captures and processes user data and communicates feedback allowing the user to act to enhance their outcome.

VX Sport CEO, Richard Snow, who will be one of the C-Prize 2017 judges, says wearable technology offers an exciting and virtually limitless opportunity for innovators.

“It can not only enhance personal communications for people within their environment, but also to create sensors and analysis that will improve health, wellness and efficiency in our daily lives.”

The first C-Prize, held two years ago, created a huge buzz around drone-tech, and launched the successful Dotterel venture, which has won awards and attracted investment for its noise-reduction technology was showcased as a C-Prize finalist in 2015.

The competition is open to anyone aged 16 and over, living in New Zealand. Entries are open until midnight, July 2, 2017 at www.cprize.nz.

Published in INNOVATIVE
Tagged under

More in this category: « Stackable sports pitches make use of unused urban space Kiwi company , Avertana turning waste into wealth »
back to top
May 29, 2018