All businesses should commit to being living wage employer 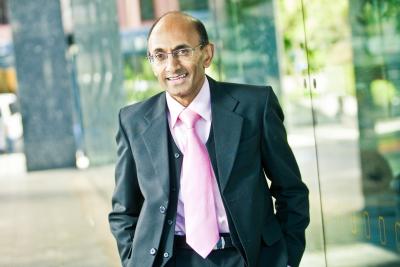 Leading economic researcher BERL challenges all businesses to become Living Wage employers to make a real difference to New Zealanders and their communities. On its 60th anniversary celebrations, BERL chief economist Dr Ganesh Nana told invited guests, economists and business people at a gala function in Wellington tonight that BERL had a commitment to the wellbeing of current and future generations. “Corporate visions are great for websites and for glossy marketing collateral. We need to walk the talk. In this light, I am proud to announce that BERL has recently been approved as an Accredited Living Wage employer. “We applied because, yes, it is closely aligned with our vision and yes, because we want to walk the talk against a low-wage, low-skill business model. “And yes, it’s good corporate citizen behaviour but, primarily and most importantly, it is the right thing to do. “I recently stumbled on a Mood of the Boardroom survey that indicated 91 percent of respondents were prepared to pay the Living Wage. I congratulate those already doing so. But tonight, I challenge those 91 percent – and indeed all other businesses – what are they waiting for? Stop waiting for others to take the lead. Walk the talk and commit to a Living Wage business and a high wage economy. “BERL is proud to be a Living Wage employer - in support of moving out of low-wage, low-productivity, low-profitability spiral and towards a high wage, high productivity and high profitability economy.” He says neo-liberal economics is dead so let’s take this opportunity to set a platform for a high wage economy. He remains sceptical and unconvinced of the magnitude of the gains from the experiment of the past three decades. Much of BERL’s work around the regions of Aotearoa provides the evidence in relation to the tradable export sector and the quality of its infrastructure, education and labour market inefficiencies and disconnects, and lagging research and development spending. “Exports are still struggling to breach the 30 percent of GDP threshold, let alone the 40 percent aspirational target and there are many examples of the costs of deferred maintenance as investment in new transformational processes and technologies continue to be in the ‘we can’t afford it’ basket. “Yes, there have been gains from the experiment, but as a true academic researcher I am obliged to weigh up those gains against the costs. I see entrenched disparities in New Zealand, and growing disparities around the globe. These disparities sow the seeds for an unstable future – an instability the consequences of which we in New Zealand will not be able to avoid. “Neo-liberal economics is not dying, rather, it is dead; In the sense of business decisions being driven by market price signals, the neo-liberal economic model is well and truly dead in the water – belly up, being towed by a life-raft known as taxpayer largesse. “In the New Zealand context, the neo-liberal model is an illusion increasingly reliant, not on the market, but on Working for Families supplementing workers’ incomes. “As the welfare net broadens to now capture many that are indeed employed in the market economy, the inability of that market economy to deliver incomes for workers to be able to live (and to provide for their families) becomes ever more stark. This implicit support for a low wage business model does little to encourage a high productivity, high profitability economy. “To break that low wage, low productivity, low profitability spiral requires courage and leadership. Businesses committing to and adopting the Living Wage is a first step,” Dr Nana says. For further information contact Dr Ganesh Nana on 021 1376530 or Make Lemonade editor-in-chief Kip Brook on 0275 030188. Editors: Please contact us if you wish to receive a copy of Dr Nana’s full speech to the 60th anniversary event tonight. Please contact us if you want any of your newsroom staff to attend the event.

More in this category: « HRL to acquire Analytica Laboratories Politics expected to hinder New Zealand businesses »
back to top
May 25, 2018