Samoa’s bed factory on the move 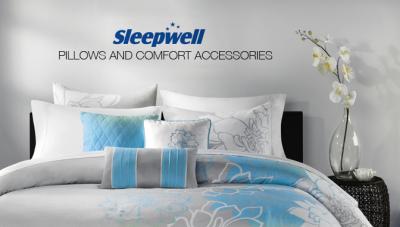 The company is now starting on building offices, wood works as well as technicians and air compressors.

One of the Directors, Tuatagaloa Aumua Leung Wai, said these are the first steps of the factory which promises jobs for many Samoans. They plan to officially open the factory some time in December.

Sleepwell International is a partnership between Sleepwell New Zealand owned by the Lutu Brothers and Samoa Stationery and Books owned by Tuatagaloa and Fiti Leung Wai.

The beginning of the renovation started with a prayer and word of encouragement by Rev. Segi Bee and Kuini Leung Wai of Worship Center and Nino Lafaele of the Assembly of God Lotopa.

Salā George Lutu encouraged the new employees that honesty is the best policy.

“This is a new beginning and we must have one heart and soul to make this work,” he said.

“You have been chosen because you have the ability and the skills to do the work and at the same time we want you to be honest.

“Being honest comes great blessings and I am looking forward to have this new beginning and to work side by side with you our Samoan community in running this factory.”

Fiti Leung Wai said that yesterday the 30th of October, 2017 will always be remembered as the date that history had been made.

“This is a special day for us as this is the first factory in Samoa,” she said. “Sometime this year we went on a trip to Fiji and we found out that there were five bed factories in Fiji but as for Samoa we have none.

“So Sleepwell International Ltd will be the first bed factory to be set up in Samoa and we want to acknowledge the Lutu Brothers for choosing S.S.A.B. to be their partners.

“The reason why we called this company Sleepwell International because for the long run we will be selling to international markets and who knows maybe we will take up the challenge with China.

“Many of the businesses within Samoa are competing on the current pull of money that is circulating within but Sleepwell International we are trying to inject new revenue from outside of Samoa.

“All the wisdom and knowledge in making good quality beds is with the Lutu Brothers and so if the beds we make are in good quality we will have more overseas market’s demand for our beds.

“This is why it is very important for you all to do the work with honesty so that we will be able to sell it internationally.

“So as the start of a new milestone we have to work together for the betterment of our people as well as our company.”

More in this category: « Fourth industrial revolution could unlock £445bn for UK, report reveals Fero’s on the move at Vaitele »
back to top
Apr 04, 2018