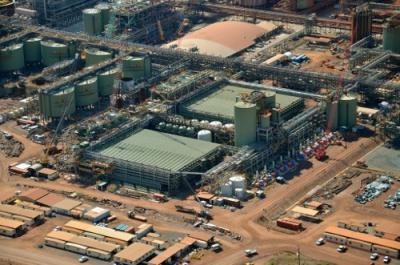 6  Nov  -  Mining giant Rio Tinto Group is adding two alumina refineries in Australia to the Pacific Aluminium portfolio in an effort at sweetening the deal for potential suitors, according to a trio of sources claiming familiarity with the matter.

According to an article run by Reuters earlier this week, Rio Tinto included the QAL and Yarwun refineries to Pacific Aluminium’s existing assets, which include Australian smelters at Bell Bay, Boyne Island, and Tomago, and New Zealand’s Tiwai Point smelter. Sources indicate that the addition of the two refineries could boost the overall value of the portfolio by another billion dollars to US$2 billion.

Neither Glencore plc., Liberty House Group, nor Rio Tinto would comment on the rumors, and U.C. Rusal was unavailable for comment. However, Glencore is known to have operations in the vicinity of the refineries in question. In addition, Liberty House purchased an aluminium smelter from Rio Tinto in Scotland last year and this year purchased Australian steel firm Arrium in a bid to increase its presence Down Under.

Experts see the addition of these assets as a signal to the wider metals market as well, as the previous CEO Sam Walsh was unable to sell the portfolio during his tenure.

“We view inclusion of the refineries into the mix as a stamp of the new leadership at Rio, increasing the chances of a sale,” opined a fund manager with interest in Rio Tinto.

In addition, analysts see no time better than the present for offering alumina assets up for sale, noting that prices are half-again higher than in August on predictions that capacity cuts in the People’s Republic of China will lead to significantly higher imports.

“If ever there was a time to have a supply source for alumina outside of China, it’s now,” said James Wilson of Argonaut to Reuters. “For Rio, it make sense. For a buyer, such as a Glencore or a Rusal, it makes sense.”

More in this category: « Special cover for Kiwi manufacturers cautious about food risk Good cleaning practices start before a plant is even built »
back to top
Apr 04, 2018