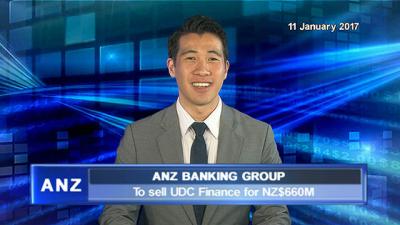 Dec 1, 2017  - The failure of the ANZ to consummate its sale of UDC Finance to China’s HNA Group is further evidence to the effect that it is one thing to sell an asset into this region. It is another thing to actually get paid for it.  There are now strong indications that the UDC sale is now back at the point of its departure, the signing ceremony.

All the evidence is that no money has changed hands in the year since the transaction was agreed upon.

The obstruction is being signalled as being within New Zealand in the form of the country’s Overseas Investment Office.

However, UDC has long been owned by an Australian bank and therefore any opposition to the transaction might reasonably have come from Australia’s own regulatory authorities.

UDC was once one of the world’s leading finance companies and along with South British Insurance, New Zealand Insurance, and the old BNZ bank, was the fourth international pillar of the nation’s once strong presence in Pacific financial services.

As a subsidiary of ANZ Bank New Zealand Limited a curious proviso in the sale was that UDC's investments were not necessarily guaranteed by its parent, the ANZ.

It was identified as a likely buyer in a search that included among the searchers Deutsche Bank.

This made sense as United Dominions Corporation was started in Wellington by former high ranking German bankers who had fled their own country prior to the outbreak of World War 2.

The signals emerging from the ANZ is that HNA must now complete the purchase, or the offer will be withdrawn.

At this point it will reasonably be revealed where the stumbling block actually lay.

Was it put in place by a regulatory authority either in Australia or New Zealand?

Did the Chinese acquirer having signed up for the deal start haggling for improved terms?

Did the Chinese acquirer simply sour on the deal altogether and let it wither on the vine simply by not paying for it?

|  From the This email address is being protected from spambots. You need JavaScript enabled to view it.  ||  Friday 1 December 2017   |||

More in this category: « National Press Club President on Mergers, angels, villains, and why nothing still happens Until It is Reported TPP Zone Diplomats Must now Tell their Governments Truth about Customs Union—It is Finished. »
back to top
Nov 11, 2018