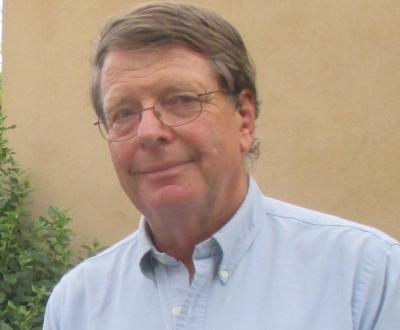 The radio and giveaway grip on district advertising is notable in rural areas where people are not as internet friendly as those who live in the cities. The mainstream is now reaping the benefit of its own investment in technology and so production costs are falling. Paper and plant is an example in print. Electronics overheads in broadcasting. Both print and broadcasting are at last eliminating news double handling and instead are now belatedly sharing divisional content. This applies to the dailies and their stablemate giveaways exchanging news and also we have now the shared corporate umbrella radio-tv broadcasting simulcasts.

Contrary to the accepted version, few of us in the event learn from experience and the newspaper chains were no exception. The one place newspaper people should not be in advancing their cause is in front of constituted authority, especially in something such as combining forces. They pleaded with commissions and courts to no avail. You will now find them more sensibly encouraging management buy-outs, and they have already had at least one success here. Under this operational, rather than judicial, approach they control central shared services in terms of production, procurement, and sales, and also distribution.

More significantly, and this is the important element in all this, I keep getting this strong impression that still nothing actually happens until it is picked up by the mainstream media. Here now is an example.

The major non mainstream news pipeline here now is not as many people believed the bloggers and web site operators. In the event it is the Taxpayers Union watchdog lobby which sends its disclosures out by email, a modern metaphor for a newspaper arriving on your doorstep. It was the Taxpayers that revealed how the government had donated to Saudi Arabia an entire agri stock handling depot.

My interest was pricked because one of our speakers, the Reagan era National Security Adviser Richard Allen, had declared that Saudi Arabia was “totally corrupt” and should be “invaded.” I had observed also that the journalists present ignored these comments, even though they had the speaker’s speech notes.

The Taxpayers though hammered away with stories sprouting from their original break. Eventually the mainstream had to take it up. The point being that only then did the story take legs. They were, and still are, wobbly ones. But only through the mainstream could the episode, Byzantine as it is, enter the wider shared public consciousness and thus generate the imperative for those responsible to try to explain how the New Zealand funded process works had materialised in the desert.

Is the mainstream media collectively liberal-left in its attitude?The liberal-left leaning of the working journalists was once counterbalanced by the equally strong conservatism of the management-proprietor class. So you had a balance. Today the mainstream is neither right nor left. It is neither liberal nor conservative. The dominant ideology today is political correctness. This is co-equally held by the operations people and the management people. This last do so out of fear of being seen not to embrace it.

How would you say that this ideology manifests itself?It rests on displaying an exaggerated ultra politeness by bestowing it upon any category that at any time might have been considered to have been officially discriminated against, anywhere, and not just a minority, and not just the materially-deprived. It is transmitted via constant lightly coded call signs signalling that the media person is on the side of the angels. A broadcasting example is in Kauri trees pronounced as “Cody” trees and the place name Keri Keri delivered as “Kiddy Kiddy.”

I knew the broadcaster Bill Keri Keri, the leading Maori language exponent of his day. An exceptionally courteous person he never assumed that anyone knew who he was. So he always re-introduced himself. I can never recall him describing himself as Bill Kiddy Kiddy.

I should attribute the extreme politeness definition, the bit which requires this tip-toeing around growing chunks of human activity, to Paul Johnson who delivered it to us presciently at the outset of the syndrome.

The point being made here is that such a strong and tendentious filter is being brandished by practitioners who describe themselves as belonging to what they rate as profession.

One which is obliged to cover people and events without fear or favour.

Talking of angels, the National Press Club has involved itself too with some villains – Kurt Waldheim….David Irving?

Kurt Waldheim was platformed while he was secretary general of United Nations. It was not generally known at this time, certainly not here, that he had benefitted from a general post war whitewash, a still unacknowledged official cover up, of Austria’s whole involvement in the war and especially so in the matter of its war criminals. It was only Waldheim’s unstoppable seeking of high office that meant that his participation in atrocities eventually was revealed.

David Irving, who had visited New Zealand before, became an unavoidable international newsmaker after his failed libel case in London, now the subject of the wide-screen film Denial. In the event he was prevented from embarking to New Zealand so the issue became moot.

A National Press Club must confront controversy rather than sidestep it and do so in order to obtain ironically enough an unmediated, direct, account of why beliefs are held and actions taken. Ideally from those who have stood at the cross roads of history. In our case from Chaim Herzog, Prince Norodom Sihanouk, Lee Kuan Yew, Oliver Tambo, the Dalai Lama among many others.

The National Press Club has sounded a caution over university courses dedicated to journalism?At the time we ran the campaign we focused on these journalism courses and their deliberate promotion. The outcomes of the courses then as now so frequently devolve into jobs in marketing especially in its public relations form. In other words we saw tertiary educated supply overtaking the demand of the industry.

It is tempting to say that academia scorned us. But this was not the case. Steve Maharey (Vice chancellor) of Massey University was notably helpful ….D

Times and the unforeseen notably in career patterns then overtook us and especially so in the now pervasive free model….

| From the This email address is being protected from spambots. You need JavaScript enabled to view it.  || sunday 24 December 2017   |||

More in this category: « Pike River Coal Mine Now More Dangerous than it was before it was Abandoned ANZ's UDC Finance Sale to China Stumbles »
back to top
Nov 11, 2018