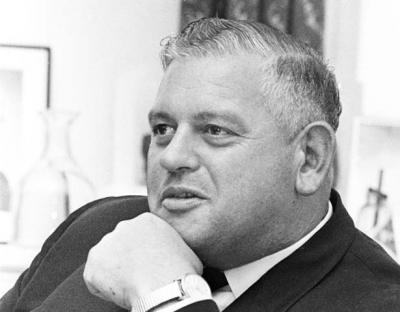 The possibility that former Labour prime minister Norman Kirk (above) was descended from the union of Princess Te Aitu-o-te-Rangi and whaler-goldminer-settler John Milsome Jury has again been ignited by the possibility of new National Party leader Simon Bridges MP assuming the honour of first Maori premier.

For Norman Kirk the link to a noble Polynesian inheritance is through his mother whose maiden name was Vera Janet Jury.

At the time of Norman Kirk’s ascendancy during the 1960s, and then during his brief premiership prior to his early death in the early 1970s there was anecdotal evidence of this familial link in the Wairarapa valley where the Jury family was, and still is based.

The issue again rose last year when Masterton’s civic art gallery, known as Aratoi, curated the biggest-ever display of work by Gottfried Lindauer and which contained a number of portraits of the Jury dynasty.

The Dictionary of National Biography acknowledges the talk about the former premier’s Maori roots, but in the same sentence says that there is “no evidence” to support the theory.

However, following the display of the Lindauer works featuring the Jury family and following the broader nationwide discussion, a true “conversation” almost, on the issue of the first Maori premier it is of value to examine the evidence such as it is.

Why did Norman Kirk never refer to any Maori antecedents, had they in fact existed?

One answer is that the former premier had an authentic horror of in-built i.e. inherited privilege.

Privately he would remonstrate at all the “sirring” going on. He had a disdain of fancy titles. He discouraged the jockeying so evident now for preferment and gongs,

He would not have wanted spread out in the public domain even the merest whisper that he was a direct descendent of someone acknowledged as a princess.

There was another factor.

The Jury dynasty became extremely rich and by any standard too, farming at least 7,000 acres of river flat in the Carterton area, among other holdings.

The presence of any such privileged recent ancestors would have gone against his working man grain, and indeed, campaign marketing propaganda.

Those who knew Norman Kirk would marvel at his commanding presence.

It went far beyond his imposing, some might say, threatening, physical size, bulk.

His demeanour appeared natural, instinctive, inherited. It was not a product of a pr consultancy makeover.

Throughout his adult life whenever he entered any gathering at all, those present would fall silent and pay attention to him.

Whatever nonsense going at the time would instantly stop.

Norman Kirk did emanate an aura of being in charge, regardless of what it was he was actually doing at the time.

His father also called Norman was a stoic, dextrous and diligent handyman.

His mother Very Janet Kirk nee Jury, struggling through the Depression-era, constantly gave the impression of quiet dignity and even quieter entitlement.

An argument against the former Labour premier’s noble, not to say romantic, heritage is that the Jury family was based in the southern Wairarapa, while the Kirks were from the South Island.

In the event Norman Kirk’s likely ancestor under the theory discussed here would be Charles Joseph Te Rongotumamao Jury one of three children of the marriage of John Milsome Jury & Princess Te Aitu-o-te-Rangi.

Born in 1850 Charles Joseph (pictured below) had between eight and 10 children, depending on the records, and given Charles Joseph’s proprietorship of Glendower Station, they would not have been short of money.

Charles Joseph himself was not tied to the Wairarapa and, curiously, died travelling, in Tonga in 1916, at the age of 66.

The founding father London, Wapping, born John Milsome (often rendered as “Wilson” Jury), who had arrived in New Zealand in 1837 and was father of Charles Joseph, died in 1902 at the age of 85 on his property on what was then known as Jury Island.

The nearby Jury Hills which shadow the now chic Martinbrough wine district are further testimony to John Milsome Jury’s diligence and acquisitiveness.

John Milsome Jury’s wife Huhana Te Aitu-o-te Rangi, the princess, the mother of Charles Joseph, and often referred to as Susan, predeceased him by many years dying in an epidemic in her mid 30s circa 1854.

Due to the fecundity of their son Charles Joseph Te Rongotumamao Jury any direct blood link between they and the late premier Norman Kirk, would require a genealogical assiduity not yet accorded to this intriguing possibility.

It is known though that a leading mainstream London publisher has allocated a research project with a view to producing a non fiction work, of the bookshelf rather than digital variety, on this noble and wealthy dynasty that flashed across the New Zealand panorama toward the end of the 19th century and the start of the 20th.

Which may have begat the nation’s first Maori prime minister.

Only then it seems will become unmasked the identity of New Zealand’s first Maori prime minister.