Why Engineers Should Care about MSC Software’s Acquisition Rumors 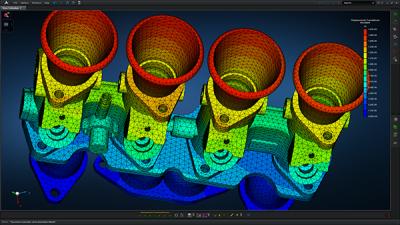 A story from from Reuters has generated rumors suggesting that private equity firm CVC Capital (CVC) will be acquiring MSC Software (MSC) for $800 million dollars. But why should engineers care? Well it could point to an interesting future for computer-aided engineering (CAE) users.

The recent trend in CAE acquisitions was one in which larger CAD or CAE firms would gobble up smaller ones. The path here is simple: add to the larger firm’s existing technology, broaden multiphysics and increase compatibilities and capabilities. This doesn’t seem to be the case here with the potential acquisition of MSC; however, it might be the end game achievement for CVC given MSC’s sales price.How MSC’s Rumored Sale Compares to Others in the CAE Industry

The rumored purchase price of $800 million for MSC isn’t a bad return for the privatization costs at $360 million, but, it pales in comparison to the sale of Mentor Graphics’ to Siemens PLM Software for $4.5 billion.

Given the similar employee size of the companies this might look like a good comparison, and the rumor mill agrees. It has suggested that the differences in price have been caused by “declining revenues.” However, these sources failed to take internal industry strategy into consideration.

Published in CAD/CAE
Tagged under

More in this category: An Evangelist with a New Vision for Autodesk »
back to top
May 23, 2018

Telco’s globally are preparing for the growth of mobile gaming