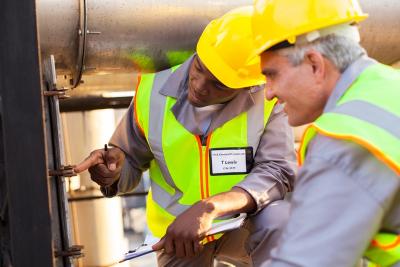 As part of a PACER Plus initiative Tradestaff partnered with the Ministry of Foreign Affairs and Trade (MFAT) and the Ministry of Business Innovation and Employment (MBIE) on the pilot scheme. PACER Plus is a trade and economic integration agreement between New Zealand and Pacific Island Governments that aims to create jobs, raise standards of living and encourage sustainable economic growth in the Pacific region.

The pilot project was designed to provide an opportunity for up to 24 skilled carpenters from the Pacific Islands to fill job shortages in the Christchurch rebuild.

"This programme has been a win-win for all stakeholders. Tradestaff was able to ensure our Pasifika pilot workers remained in consistent work throughout the programme. Many of them were personally requested by our clients as they have become recognised as hard workers with great skills.

"Pacific nations are at regular risk of severe cyclones that cause widespread damage. With the support of their governments, we expect the graduates to return home with greater experience and skills from their time with us. We were able to expose them to a wide variety of work environments, providing learning experiences across construction techniques they would not otherwise had the chance to encounter."

Tradestaff ensured the recruits were taken through a specifically tailored induction programme. This covered everything from health and safety practices and expectations, site safe training, kiwi building jargon, and familiarisation with what to expect on a large commercial construction site. With support from ARA Institute of Canterbury the recruits were provided with onsite training and skills assessment throughout the pilot programme, culminating in them being awarded the certificate in New Zealand Level 4 Carpentry.

"We are confident the outcomes that we have achieved are in line with the spirit of the PACER Plus agreement and will raise the standard of living for those involved and encourage sustainable economic development for the Pacific nations included," Eder says.

Tradestaff was recently recognised for their work with the Pasifika migrant workers. It received the Award for Excellence in Candidate Care at the Recruitment and Consulting Services Association (RCSA) New Zealand Industry Awards.

The 2007-10 Gibson & McKenzie report on Vanuatu and Tonga found the following for countries involved in a labour mobility scheme:

The following applies to the receiving countries:

More in this category: « Survey shows insurers need to up their game Forme supplier Hygrade sinks »
back to top
Oct 02, 2018