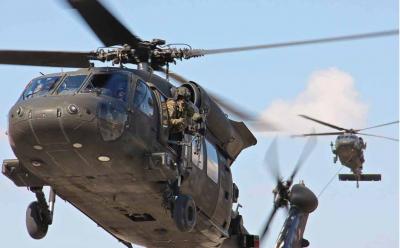 In a world-first refurbishment program to be undertaken in Brisbane, the agreement will see the purchase of 10 ex-U.S. military Black Hawks, to be imported into Australia early next year. The Black Hawks will be brought up to ‘as new’ condition and repurposed specifically for aerial firebombing operations during future bushfire seasons around Australia and New Zealand and for year-round emergency services and disaster relief work.

The aircraft will be refurbished and maintained in Brisbane by Sikorsky. This initiative sees Kaan Air Australia and StarFlight Australia partner to usher in a new era in Australian emergency services and disaster relief aviation.

This agreement with Sikorsky Australia will be a boost for local aviation jobs, potentially creating more than 50 pilot and technical jobs in the long term, including apprenticeships.

Travelling overseas? What to do if a border agent demands access to your digital device

Got a travel question