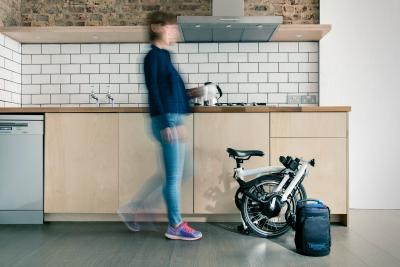 Emma Tucker writes in deZeen that bicycle company Brompton has borrowed Formula One racing technology to create an electric version of its bestselling folding bike.

Aimed at easing city dwellers' commutes, the Brompton Electric relies on a battery that clips onto the front of the bike and stores away into a separate bag for easy carrying.

It is calling Brompton Electric the most technically advanced model it has ever produced. 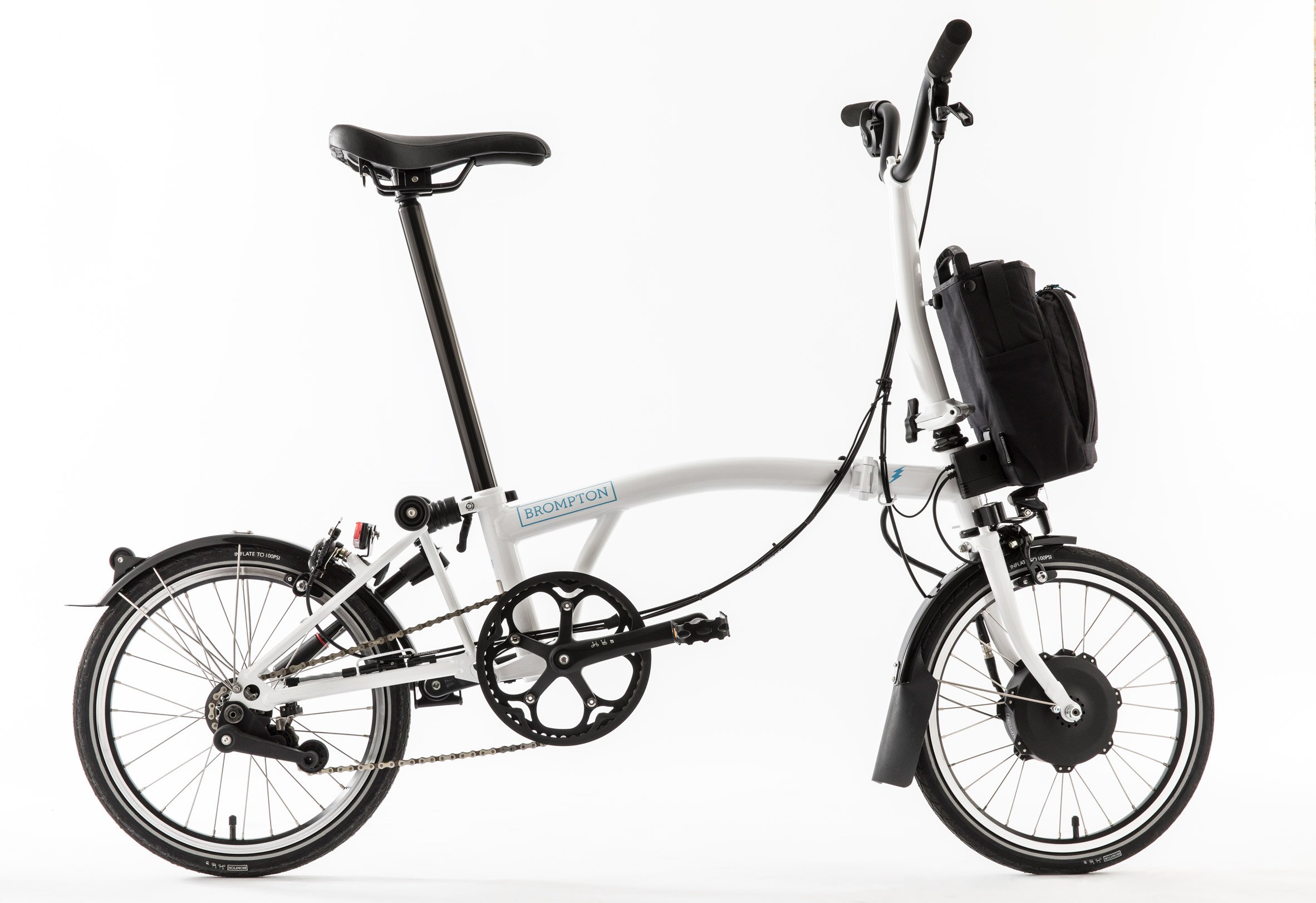 "It has been harder than any of us imagined but we believe we have created a product that will inspire more people to get out from under the ground, out of their cars and back onto a bike to rediscover their cities."

Brompton's folding frames date back to 1975, when Andrew Ritchie built the first one in his flat in London. The brand opened its first factory in 1988, and today makes more than 45,000 folding bikes each year – making it the UK's largest cycle manufacturer.

Aimed at city dwellers, Brompton bikes fold up to a third of their size, so can be carried on trains by commuters, or packed into the boot of a car.

While a typical Brompton weighs between nine and 13 kilograms, depending on the model, the Brompton Electric has a weight of 16 kilograms. However the 2.8-kilogram battery can be removed and carried separately, to make it easier to use.

"The vision for the Brompton Electric was to make a product that was as light as possible without sacrificing durability, and was extremely compact," said chief design and engineering officer Will Carleysmith.

The Brompton Electric can run for up to 50 miles on a single charge, and there are three power assistance levels for cyclists to choose from.

Brompton has also released an accompanying smartphone app, that lets users track their mileage and customise settings for the bike.

The decision to launch the bike was fuelled by the increasing demand for e-bike ownership across mainland Europe. This trend has resulted in several new launches, from Pininfarina's sports-car-inspired design, to KiBiSi's lightweight OKO bicycle.

According to Brompton, sales in cities remain behind the trend, because customers lack safe places to keep bicycles. Because of this, it is calling the Brompton Electric a "game changer".

The Brompton Electric is now available to be reserved – as either two or six speed versions, in white or black – and the first models will be shipped in early 2018.

More in this category: « NZ to stage international tech event before D5 summit NZ not alone in struggling to attract tech women »
back to top
Nov 30, 2018

PM Peters: what should we expect?