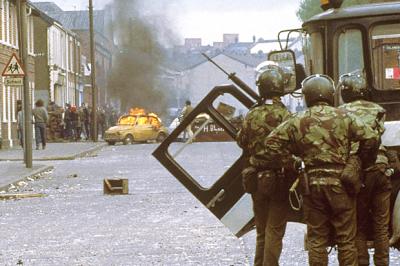 Brexit and Ireland Britain's troubled relationship with the island next door is a problem again.

Theresa May's government has urged the European Union to allow British businesses to continue to enjoy the benefits of the free trade of goods into Europe after Britain has left the EU. Brexit secretary David Davis said:"These papers will help give businesses and consumers certainty and confidence in the UK's status as an economic powerhouse after we have left the European Union".

The Government is to publish more details of its negotiation plans for Brexit later this week. "We've published recently just in the last few days a number of papers that set out our thinking on some of those key issues for the future relationship".

Slovenia's prime minister Miro Cerar told the Guardian newspaper in an interview that not enough progress had been made to move onto discussing a trade deal, in a blow to the government, who want to begin trade talks alongside negotiations over the UK's withdrawal.

"There are so many hard topics on the table, hard issues there, that one can not expect all those issues will be solved according to the schedule made in the first place".

The European Council will decide in October if "sufficient progress" has been made in discussions so far.

"That is our aim and we are confident that we are working at a pace to be able to get to that point".

Britain is pressing Brussels to begin early talks on a long-term trade deal as part of the negotiations over the terms of Brexit.

But sources said it was up for negotiation whether ECJ rulings will apply in the two or three year transition period after 2019.

A New Zealand/UK dual national with more than 25 years' experience, Falconer will lead trade policy and the development of negotiation capability and will serve as an ambassador for Dr Fox's Department for International Trade. "So, never mind Theresa May's foolish red line; we will have the ECJ in all but name".

The proposal, unveiled in The Times today, could allow Theresa May to square the circle of getting Britain out from under the control of the ECJ while protecting free trade in the EU's single market.

The Liberal Democrat Brexit spokesman Tom Brake MP said: "David Davis promised us "the row of the summer" over the Brexit timetable, only to capitulate weeks later to the EU's preferred timetable after a disastrous general election for his party which vastly undermined their negotiating position".