Brexit has become a phoney war - and that's dangerous 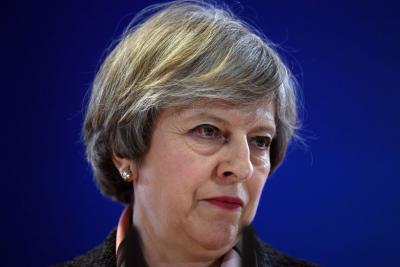 It is already five months since Theresa May triggered Article 50, thereby serving the mandatory two years’ notice for Britain to leave the EU on 29 March, 2019 writes David Bulk for Yahoo Finance.

In that time there have been limited proposals formulated in terms of policy documentation – especially by the UK government.

The EU side certainly knows what it wants and most of what we hear this side of the Channel from Juncker, Verhofstadt and Barnier are edicts and demands.

Well, Britain’s very own Brexit triumvirate of May, Davis and Fox are back at work from their summer holidays; so let battle commence!

MORE: 5 things the UK needs to maintain a Green Brexit

MORE: Frankfurt and Dublin set to sweep bank jobs away from UK

The word on the street is that, despite discussion papers on transition periods for customs unions and plans to maintain equilibrium (or near enough the status quo in the case of Ireland and Northern Ireland), the UK government is a mile behind the curve in terms of preparation.

The fact that the Government, after a disastrous general election, has no overall majority, inevitably means that a ‘hard’ Brexit – or a ‘hard-nosed’ plan – should be no longer on the table for discussion.

More in this category: « Commentary: The elephant in the room at the NAFTA talks Without Imports, Your Life Would Be Intensely Brutal »
back to top
Aug 08, 2018