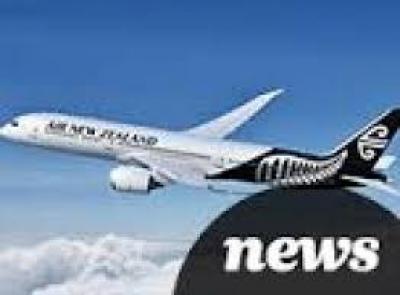 Air New Zealand is poised to launch its first ever global brand campaign showing international travellers why the airline is A Better Way to Fly to New Zealand.

The campaign will kick off in the US on Thursday night (Friday afternoon NZT) with a star-studded event in Los Angeles then roll out progressively across the UK, Europe, Asia and South America in coming months.

It’s set to feature New Zealand’s own Sam Neill (Hunt for the Wilderpeople; Jurassic Park) as the voice of CGI character Pete, a kiwi who wants to see the world but is hampered by his inability to fly. Pete takes viewers along on his journey to show travellers the Air New Zealand inflight experience.

The campaign follows the success of a similar marketing approach launched in Australia last year featuring a CGI goose named Dave who has been convincing Australians that Air New Zealand offers a better way to fly long-haul to North and South America.

Air New Zealand General Manager of Global Brand and Content Marketing Jodi Williams says, “This first phase of the campaign is targeted at North American travellers interested in visiting New Zealand - and potentially Australia - as well as those travelling between LA and London. It uses Pete the kiwi to win potential customers over with our award-winning product and service.

“In the past year alone there’s been a 26 percent increase* in the number of visitors arriving in New Zealand from the US, but more importantly research shows there are still around 27 million** Americans interested in holidaying in New Zealand, demonstrating the huge potential of this market.

“We’ve conducted detailed consumer research all over the world to gain greater insight into travellers’ habits and their understanding of our products and services. Interestingly, we found that perception of distance is one of the greatest barriers to travel to New Zealand with some consumers believing we’re 20 hours or more flight time away. By showcasing our direct services and inflight products in an innovative and creative way, we hope to bust those myths and get more international visitors to commit to travelling on Air New Zealand.”

Video content of the campaign, including the hero video and Sam Neill discussing his latest starring role, along with high resolution images for A Better Way to Fly can be downloaded here

More in this category: « How smell is the new way to capture travellers’ attention Air New Zealand to operate more Dreamliners to Samoa »
back to top
Apr 05, 2018