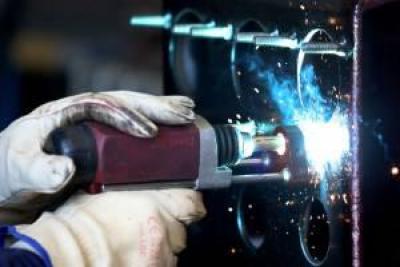 Productivity is a necessary but not sufficient condition for higher wages and standard of living.

A problem that has persisted for four decades will take long-term structural reform across a number of areas, including education, training, international connections, competition, research, development and commercialisation. And this will have to be led by an independent state sector that answers to the public, not just be ministers' puppets.

Productivity is a necessary but not sufficient condition for higher wages and standard of living. It is possible to have strong productivity growth, but the gains can accrue to a small concentration of capital owners, rather than widely through the economy.

Our GDP per person was similar to Australia's before the 1970s. Since then, Australia has grown faster and a wedge has opened up. The cause was lower productivity in New Zealand.

It is not because our economy is different, rather that we are not good at how we do things. We work really hard but we can't seem to make more profits and pay better wages.

Whether we talk about productivity or inequality, one leads to the conclusion that we have low quality economic growth. Growth for the sake of growth doesn't make sense, the point of growth is to have a more prosperous and fairer society - and to ensure that we are staying within the limits of nature.

There has been a lot of research work on productivity – the lack of it – in New Zealand. The OECD, The Treasury and The Productivity Commission all have useful and helpful work on it.

Our ease of doing business and relatively low levels of reported corruption are clearly not enough. Neither is our seemingly well-educated population. This led to much navel gazing and talk of the productivity puzzle. That we are small, distant and uncompetitive in many areas has become increasingly apparent.

The businesses that scale tend to be global. This interaction really helps, but not always. Exporting is risky and many businesses that have foreign investment are no more productive than other businesses.

What we have done so far hasn't worked. If we want to make change, it must be a gradual and long-term investment in making our education system more responsive to what our economy needs. Our businesses must invest more in training, workforce planning and career development. Our capital market and tax system need an overhaul to direct money to entrepreneurship and investment. We have to keep embracing globalisation to give our little economy semblance of scale.

There is a plethora of policy areas that need to work in concert to make slow-moving and long-term change. The public service must lead this narrative to set out the policies that will solve four decades of disappointing productivity. These policies need to be based on evidence and not tied to ideology. Because the policies have to be long-term, they must survive changes in political leadership.

Right now, the public service is not capable of delivering this. It stays away from policies the minister does not like. It pulls its punches, to please its political masters. The public is underserved by this servitude of the public service to the politicians, rather than to the public.

The problems of productivity in New Zealand are four decades old. Its long enough to move past denial and acceptance to resolution.

More in this category: « NZ needs to invest in promoting tech Manufacturers needs skills and infrastructure »
back to top
May 17, 2018