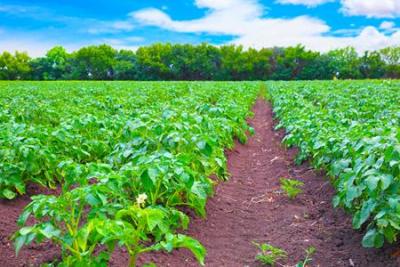 CropLogic has raised the $8 million it sought in an IPO, and said it was even offered $1 million on top of that during the offer period. Forty million ordinary shares will be issued at 20 cents each, and the business will have a market cap of $25 million.

The New Zealand “internet of things” agriculture tech company, established in 2010, uses on-field sensors connected via wireless and satellite channels to collect data such as soil moisture and temperature, and rainfall, alongside other information to give farmers a predictive analysis of their efforts.

CropLogic’s current client base is predominantly potato farmers in the Pacific northwest region of the USA after the startup’s June acquisition of US agronomy services provider Professional Ag Services Inc.

The first seven years have been a hard slog financially, with the prospectus showing just $124,906 in revenue and $1.34 million net loss for the year ending March 2017 and similar numbers seen the previous year.

The $8 million raised in the IPO – which added to $3 million already secured in the past 12 months — would be used for business growth, market development, research and to “provide a healthy level of working capital”, according to CropLogic managing director Jamie Cairns.

More in this category: « Patent and Business Strategies for Inventors Reserve Bank introduces revised outsourcing policy »
back to top
Mar 22, 2018