Airbags being developed for safety around robots 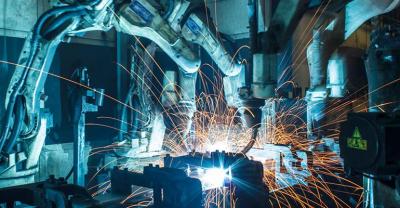 Robots endangering workers has been the driving force behind a German startup writes Oliver Sachgau for Bloomberg and publiashed recently by Industry Week.  Increased safety would mean robots could work more efficiently and at a faster pace when near humans

Two years ago, a robot crushed a 22-year-old man to death at a Volkswagen AG factory in Germany after the maintenance worker became trapped in an area usually off-bound to humans. While this type of tragedy is still relatively rare, efforts to improve safety are intensifying as factories around the world become increasingly automated.Now, in a development that’s drawn interest from car makers including Volkswagen, entrepreneurs Roman Weitschat and Hannes Hoeppner, working at the German Aerospace Center outside of Munich, say they have designed a way to better safeguard interactions between humans and robots with the aim of allowing them to work more closely.

Their newly-created company, Cobotect GmbH, is using the decades-old concept of airbags to cushion potentially dangerous automated parts and prevent workers from getting hurt. Increased safety would mean robots could work more efficiently and at a faster pace when near humans, according to the researchers.

Continue to read the full article on Industry Week here . . .

More in this category: « The Whys and Hows of Becoming a Robotics Engineer $2m funding to research human & robot coworking »
back to top
Mar 08, 2018