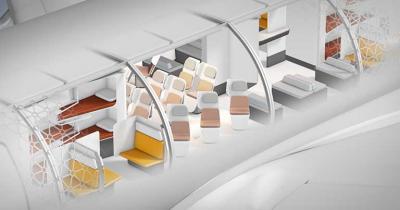 A³ by Airbus is serious about getting Transpose in the air. Technical reviews are ongoing with Airbus cabin and structural engineering, and engagement continues with the likes of the FAA and EASA.

The idea of reconfigurable aircraft cabins has been around for a while and although some in the air transport industry still refuse to entertain the notion that they could become reality in the near to medium term, others are making big strides forward.

Jason Chua, Project Executive at A³ by Airbus Group, is among the latter and at FTE Global 2017 in Las Vegas earlier this month he revealed all about the “Transpose” project, which is based around the development of a modular aircraft interior.

Essentially, Transpose allows airlines to offer a broad range of experiences on board a single aircraft – for instance, cafés, spas, gyms and children’s play areas can be included in the in-flight offer. Furthermore, at the end of a flight, each of these “modules” can be easily swapped in and out, offering airlines flexibility like never before.

More in this category: « Kiwis in Bali urged to register with SafeTravel Air New Zealand’s new-look Dreamliner touches down »
back to top
May 25, 2018