How banks and fintechs can learn to be good partners 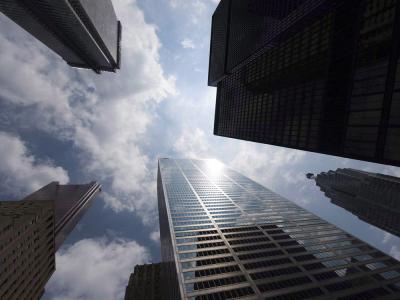 Dec 8, 2017  -  Over its long history, Canada’s banking industry has absorbed a range of adjacent players in the sprawling world of financial services: trust companies, investment dealers, property and casualty insurers, and wealth advisors. Many of these structural mergers involved both extensive regulatory reform as well as significant cultural shifts within the industry. Yet as Canada’s banks consolidated and expanded into these other verticals, they tended to impose their cautious ways rather than adopt the more free-wheeling ethic of the smaller players they had raced to acquire.

The fintech revolution, however, will demand a complete reboot of this well-established dynamic. As these ambitious startups evolve from giant-killing disrupters into innovation-minded partners for the banking sector, both sides are struggling to figure out how to live with one another.

Fintech firms offer entrepreneurial energy, innovative technologies and highly flexible consumer engagement techniques. But they also bring a healthy dose of impatience to a famously staid industry that was widely congratulated, almost a decade ago, for the corporate caution and regulatory prudence that allowed Canada’s banks to ride out the 2008 credit crisis.

Banks, for their part, are awakening to the realization that younger consumers want to do most of their banking on their mobile devices, which is also how they shop and consume news. The American Banking Association even published a tip sheet for its members on how to “make friends” with fintech.

It’s a tall order. The sluggish pace of in-branch or web-based banking and lending, hard-wired into the banking industry’s culture, is anathema to the fintech industry’s sense of urgency and opportunity, and reveals, to many of these startups, a reluctance to take chances on new mobile and data technologies.

As a former banking consultant who now helps raise capital for fintech startups, I can see both sides.

If it hopes to survive, the banking industry needs to find new ways of partnering with these nimble newcomers. Yet the learning has to happen in the other direction as well: if they want to succeed and grow, impatient fintech entrepreneurs must find ways to work with these large, closely regulated institutions.

Let’s start with the source of the chafing. Various fintech players with serious ambitions have told me they often feel worn down by bank clients’ insistence on historical performance data for innovations with no past, the dearth of seasoned innovation champions within these huge organizations, the lasting effects of legacy technologies, and frustratingly diffuse decision-making processes.

Risk aversion runs deep in the banking sector, and, in many cases, it seems to be a point of pride. As some fintech founders report, they’re often told by bank partners that every feature of a new service must work perfectly, while potential downsides are scrutinized to the point of exhaustion. And though fintech founders are acutely aware of the fast pace of their own industry, many come away from these encounters sensing that their banking partners have little sense of urgency.

Today, some banks are starting to see that there may be risks associated with their institutional inertia. Most have established innovation labs or are backing proof-of-concept projects with fintech partners. While some fintech startups express skepticism about these ventures, others offer up useful advice for their bank partners on how to make such forays succeed:

— resist the analysis-paralysis instinct and give your innovation teams sufficient scope to dive into proof-of-concept partnerships, knowing that some will fail

— ensure that there’s a business sponsor behind such pilot projects, as well as a path that leads to a possible deal, and

— be prepared to pay fintech partners for the value they create through successful initiatives that generate new service offerings and improved customer engagement.

But it’s a two-way street. Fintechs need the support of banks to help overcome one of their main challenges: getting to scale and ultimately putting products in front of customers. This can entail something of a Catch-22, however, because banks often seem to be more receptive to partnerships with fintech firms that have already created a compelling brand promise, have a consumer track record and bring their own investors or sponsors to the table.

So, what does a successful partnership look like? These pairings, fintech firms say, will increase addressable market segments; demonstrate how an improved user experience leads to increased adoption; expand the lifetime value of a customer relationship; and focus on service offerings that minimize competitive tensions.

To work with fintech firms, banks also need to reconcile themselves to some unfamiliar practices, such as associating their brands with products and services they don’t necessarily own. And both parties have to find common ground on technical issues such as customer data sharing, anti-money-laundering/know-your-client compliance and which key performance indicators will be employed to measure success, given that at least initially, the new fintech partnerships are unlikely to make a dent in the top line.

As this difficult pairing game proceeds, it may be useful to look beyond the banking industry for learnings. My own suggestion: IBM in the early 1990s, when then-CEO Lou Gerstner, a former consumer packaged goods executive, radically shook up the sleepy culture of a massive tech manufacturer. Recognizing the mortal threats facing his company from both the hardware and software sides of the computer industry, Gerstner forced IBM’s tens of thousands of employees to begin thinking about creating business solutions that actually responded to its customers’ needs. The end result? During Gerstner’s tenure, among many other changes, he shut down unprofitable businesses and added valuable service offerings to the commoditized hardware business, increasing the market cap of IBM to US$168 billion from US$29 billion.

Simply put, fintechs are to the banking sector as Gerstner was to IBM: crucial change agents, pushing these giants to confront the uncertain future taking shape outside the walls of a fortified industry that’s far more exposed than Canada’s bankers may realize.

Change, as we know, is hard. Not changing, however, would be worse.