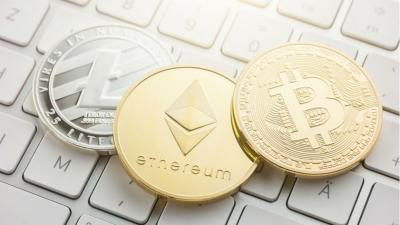 Dec 20, 2017  -  Ethereum, the second largest cryptocurrency by market cap, is having a field day. It's currently trading at $850, a new all-time-high, after an incredible rally in which it nearly doubled its price in nine days writes Stan Schroeder on Mashable.

Ethereum's current market capitalization is $82 billion, according to CoinMarketCap.

Bitcoin, by far the biggest cryptocurrency with a $318 billion market cap, has also grown in this period, but at a much slower pace. It's currently trading at $18,976. Its price neared the important psychological milestone of $20,000 on two occasions but has swiftly bounced back.

There was good news for both Bitcoin and Ethereum in December. Two large exchanges, CBOE and CME, started trading Bitcoin futures this month, and the launch went pretty much without a hitch. Futures at both exchanges are trading above current price for January, at $19,490 and $19,600, respectively.

Ethereum likely benefited from a recent statement from SEC Chairman Jay Clayton, which commented on the state of ICO or initial coin offerings — crowdfunding events typically held on Ethereum's platform. Clayton warned potential investors of the dangers of unregulated ICOs but he also made it clear that some digital tokens generated in ICOs are not securities and do not fall under SEC's regulations.

More in this category: Why Proof of Work in Bitcoin Means Proof of Value in the Real World »
back to top
Mar 23, 2018