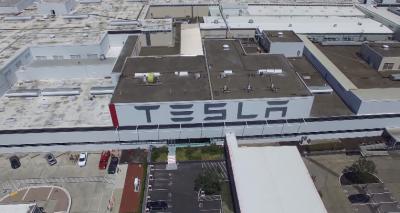 Jan 15, 2018  -  Mercury NZ has selected Tesla as the provider for a scalable national grid-connected battery trial after a tender process launched last September.  A direct grid-connected battery is a large-scale battery able to take, store and return energy directly to the national grid, making it possible to provide energy when usage is high or supply is disrupted.

Mercury, the electricity generator-retailer formerly known as MightyRiverPower, is investing more than $2 million to research the integration of 1 Megawatt/2 Megawatt per hour battery technology with New Zealand's electricity system.

The trial involves the Tesla Powerpack 2 large-scale battery and is the same modular, scalable technology installed in Tesla's projects in South Australia and Southern California, Mercury said in a statement.

The trial will be located at Mercury’s research and development centre in South Auckland, which is connected to the national grid and has the capacity to scale battery storage. Mercury will explore trading energy stored in the battery in both the wholesale electricity and reserve markets.

According to Mercury, Tesla's Powerpack 2 will be installed, connected to the grid, and ready to trade in the wholesale market in August 2018.

"Technologies like battery storage have the potential to complement our country’s energy system as it supports moves towards greater sustainability across the building, transport and agriculture sectors," said chief executive Fraser Whineray.

Mercury chose Tesla because "Tesla has a proven track record in ground-breaking projects around the world," he said.

Published in UTILITIES
Tagged under

More in this category: « Electricity Authority no longer wants to ‘act reasonably’ Regulator approves applications by Powerco and Wellington Electricity to lift prices »
back to top
Nov 10, 2018