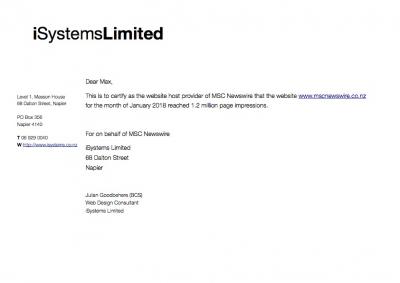 Various reasons have been advanced for the heavy traffic on MSCNewswire which was originally launched to promote New Zealand expertise in production engineering.

Among the likely reasons for the global interest in the site:-