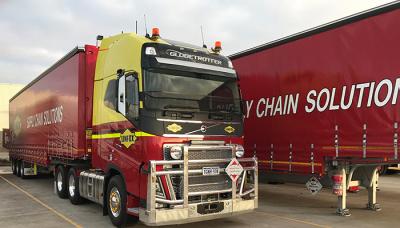 || Dulux has launched a brand new $165 million facility in Melbourne’s north as part of its centenary celebrations. The paint company has also created 67 new full time jobs onsite in Merrifield.

At 22,000 square-metres, the factory is the largest paint facility in Australia or New Zealand.

Dulux is set to produce 50 million litres of water-based paint this year, estimated to be half of the Australian market.

An annual poll by Reader’s Digest in 2017 named Dulux as Australia’s most trusted paint brand.

The iconic paint manufacturer and supplier had its origins in Adelaide when rival companies Clarkson Ltd. and Australiasian United Paints were bought by British Australian Lead Manufacturers in 1918 and settled in Sydney.

In the last four years Dulux has re-entered the road transport market. Dulux FleetShield, the company’s premium painting application, has been signed-off for use across the Linfox fleet.

Linfox has used the first applications across some of its trailers.

For the full story see the July issue of Prime Mover.

More in this category: « NHP revealed the latest connected technologies at NMW The World's First Robotic Ceramic Workshop is named The Bottery »
back to top
May 31, 2018