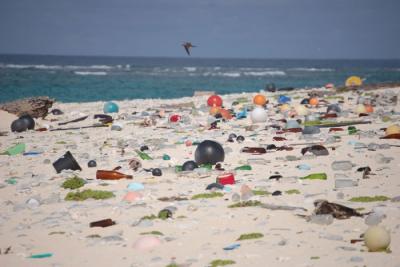 Britain has pledged to champion Climate Risk and Resilience at next year’s UN Secretary-General’s Climate Summit, and has confirmed that its three missions in Samoa, Tonga, and Vanuatu will all be free of avoidable single-use plastics.

The uninhabited Henderson Island was recently established to have the worst levels of plastic rubbish on its shores of anywhere in the world, and marine plastic pollution elsewhere in the region is a growing problem. The UK’s three additional diplomatic missions in the region will be barred from using avoidable single-use plastics, and will help promote further joint work on climate change issues in the region.

Making the announcement at the Pacific Islands Forum, Minister for Asia and the Pacific Mark Field said:

The UK is among the largest contributors of international climate finance and in the four years to 2020 will be giving developing countries over £5.5 billion to help them mitigate and adapt to the impacts of climate change.

The government has today also announced that the Solomon Islands and Vanuatu are the first of six countries to receive support through Defra’s £6 million Commonwealth Litter Programme, partnering with countries in their efforts to reduce single-use plastics and other litter entering the oceans.

The Foreign & Commonwealth Office (FCO) will eliminate avoidable single-use plastics from its UK operations by the end of the year, and from its global operations by 2020. It is the first UK government department to announce such a ban and the commitment makes the FCO global a leader in the fight against plastic pollution.

More in this category: « It is now time to act A long-term approach recognised to transition to a low-emissions economy »
back to top
Aug 22, 2018