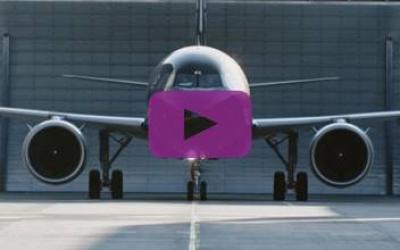 The airline formally took delivery of the aircraft on Wednesday (Hamburg time) and it departed the Airbus Delivery Centre at Finkenwerder, Hamburg at 9.00am Friday (local time). The four-day journey will see the aircraft travel from Hamburg to Auckland via Oman, Kuala Lumpur and Cairns with a small team of nine on board. It’s expected to arrive in Auckland late on Monday evening (NZ time)The aircraft, with the tail registration ZK-NNA, is the first of 13 new Airbus neo aircraft (seven A321neos and six A320neos) to join Air New Zealand’s fleet and is expected to enter commercial service on 23 November operating flight NZ739 from Auckland to Brisbane.A second A321neo is also expected to enter service in the coming weeks, while the majority of the remaining aircraft will follow at intervals through until late 2019, with the new fleet eventually replacing the airline’s A320s that currently operate Tasman and Pacific Island services. A further seven A321neos have also been ordered for the airline’s domestic network and are expected to be delivered from 2020 to 2024.Click here or on the image below to download a video of the airline’s first A321neo being built. An online version can also be viewed here.

More in this category: « RARO ON SALE Escape to Sunshine Coast & Gold Coast with Qantas »
back to top
Nov 14, 2018