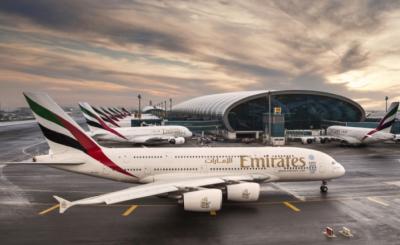 New Zealand travellers will be able to fly all the way by A380 from Auckland and Christchurch to Morocco from late March next year when Emirates upgrades capacity on the service.

Emirates, voted the World’s Best Airline in the 2016 Skytrax World Airline Awards, announced today that it will operate the first ever commercial Airbus A380 flight to Morocco and North Africa, when it takes the iconic double decker aircraft to Casablanca daily from 26 March 2017.

All five daily Emirates A380 services from New Zealand will provide a direct connection at Dubai with the Casablanca flight.

The switch to the A380 offers a total of 1834 additional seats per week, meeting a growing demand from travellers.

Casablanca has become one Emirates’ most popular destinations, and has seen steady growth since the service launched in March 2002. Passengers travelling on the three-class, 491-seat aircraft, will enjoy spacious cabins and experience a peaceful journey in the world’s quietest long-range jet. They can use the onboard Wi-Fi; indulge in food prepared by international chefs, and be entertained by Emirates’ award-winning ice system which offers over 2,500 channels of inflight entertainment across all cabins.

Emirates is the largest operator of the Airbus A380, and has carried over 65 million passengers on its flagship aircraft since 2008.

So far, Emirates has introduced A380 services to over 45 destinations across its network. Its current fleet of 88 A380s has visited over 64 airports, flew nearly 986 million kilometres, and made 74,263 return flights to date.

More in this category: « Thai Airways $50.00 offer ex NZ to anywhere beyond Thailand Air New Zealand to begin operating to Haneda Airport in Tokyo »
back to top
Jul 10, 2018