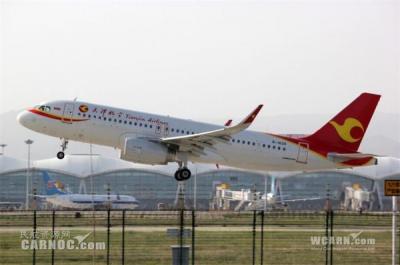 Auckland Airport has welcomed its 29th international airline this morning, with the arrival of the inaugural Tianjin Airlines flight from Chinese cities Tianjin and Chongqing.

“Regional China is a rapidly developing market for New Zealand tourism and the new flights we’re welcoming today will provide more choice for Chinese visitors to experience New Zealand, and for New Zealanders travelling to China.”

Tianjin Airlines will operate year-round between Tianjin, Chongqing and Auckland with three flights a week using an A330 aircraft. The new service will add 83,000 seats to the China-Auckland route every year and Auckland Airport estimates that this will deliver a $102 million boost to the New Zealand tourism industry.

Mr Tasker says that Auckland Airport is undertaking the most significant upgrades seen for several decades. The airport is currently spending more than $1 million dollars every day on infrastructure improvements and expects at least this level of investment to be maintained over the next five years.

“Tianjin Airlines is arriving in Auckland at an exciting time. A major upgrade of our international departure area is well underway, as is the expansion of Pier B of the international terminal, which will add two more gates that can each accommodate an A380 or two smaller aircraft. We are also progressing the concept design of the new domestic section of our combined domestic and international terminal.”