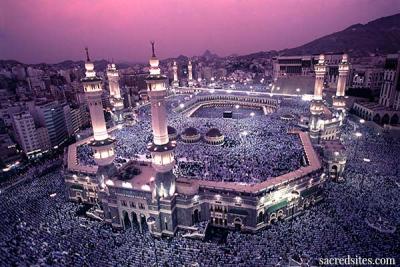 Winners and losers in tradeoff

Exactly how a liberal government’s attempt to appease its Green Party MPs led to a declaration of war, however figurative, from the prime minister of Israel is the strangest tale yet in New Zealand’s almost two centuries of farm politics.

Exactly how this state of affairs led to a covert New Zealand taxpayer funded stock handling depot in the middle of a Middle East desert only contributes to a tale which ranks alongside anything from Arabian Nights.

The way in which it made strange bedfellows of meat packing, slaughter house, freezing works proprietors and the Greens is just another chapter in this astonishing saga of shifting and unlikely alliances.

The saga begins with New Zealand’s centrist National government giving approval to the export of live sheep to the Middle East.

Farmers, and farm export consolidators were delighted. Live sheep exports allows them to obtain a premium price for their sheep, instead of having to take the schedule price of the licensed export processing meat companies.

The meat export processors, meanwhile, who derive much of their profit from the animal by- products ranging from medicinals to pet foods via rendering were and remain singularly hostile to live sheep exports. A big chunk of their potential income sails away with the sheep.

They keep quiet about this point of view for fear of antagonising farmers.

Middle East interests, who have substantial investments in the live trade both here and overseas, appear to have been in no doubt that after years of stop-go the live trade would resume.

The Greens now launched their most successful political lobby since the anti-nuclear era. The government backed down on live sheep exports.

The mysterious New Zealand taxpayer funded depot is one by-product of this. It is designed to appease now the would be live sheep importers.

They were and still are only partially appeased.

The anti Israel New Zealand sponsored resolution at United Nations was thrown in as another sop to the Middle East importers by now threatening a Gulf-wide boycott of anything at all from New Zealand .

This byzantine power play engulfing as it does politicians, diplomats and traders from the Gulf to United Nations via the South Pacific has also enraged farmers especially in the Hawkes Bay where much of the trade in its glory days was once centred.

The centrepiece of this was the drafting, notably at Maraekakaho, where the inspecting agents acting on behalf of the Middle East importers would assess the suitability or otherwise of the stock for export.

All this has simmered Omerta-style under the surface of public and even the farm-politics debate for quite some time.

Another unacknowledged and unmentioned element to this is that for the farmers, live sheep exports allow them to command a premium price for the stock – and to get paid.

The reason why the few established meat exporting processors have such a command on procurement is that they are big enough in terms of resources to ensure that they actually get paid at the other end.

In the meantime, the Middle East will fill its live sheep shipments from South America, notably Uruguay.

It is an ill wind that blows nobody any good.

So in this modern riddle of the sands, who are the winners?

Who are the losers?

The Lesson:-The episode which began with live sheep and then made the transit of a lame duck US President Barack Obama still has a long way to go. But what is the lesson so far. Here we must touch down on Greece, classical epoch, in order to heed Aristotle who declared .......

More in this category: « UK should prioritize Commonwealth trade: report Bill English talks trade in Europe »
back to top
Nov 11, 2018

AI and IoT changing the face of NZ dairying