Young Engineer of the Year revealed and outstanding engineers recognised 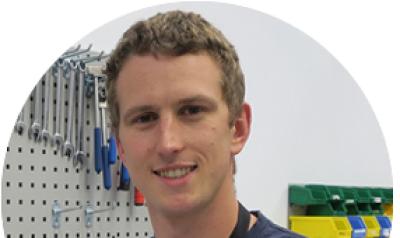 The 2017 Young Engineer of the Year is Rocket Lab’s Lachlan Matchett, it was announced at the IPENZ Fellows’ and Achievers’ Awards in Wellington last night.

The other two finalists for Young Engineer of the Year were Virginie Lacrosse of Tonkin + Taylor, who has been at the forefront of liquefaction work in Christchurch, and Oliver Whalley, who has been working on sustainable transport in the Pacific for the World Bank.

Other awards announced last night included the William Pickering Award for Engineering Leadership, which went to Keith Turner for his outstanding career in the electricity industry, spanning technical, management and governance excellence.

Sjoerd van Ballegooy of Tonkin +Taylor won the Freysinnet supreme technical award for building and construction, in recognition of his ground-breaking work on the effects of liquefaction after the Canterbury earthquakes.

The Angus supreme technical award for water, waste and amenities went to Rex Corlett of Opus for his work on effluent pond design and construction.

Engineer and University of Auckland educator Colin Nicholas won the Turner Award, which recognises extraordinary commitment to the engineering profession and to the community.

Jack Robinson became the first software engineering student to win the Ray Meyer undergraduate award, thanks to his work on a web-based traffic management system. Jack has completed his studies at Victoria University of Wellington and is now working as a graduate developer for Xero.

The IPENZ President’s awards were also announced on Friday night. The Fulton-Downer Gold Medal, which recognises engineers’ service to the profession and the public, was awarded to Ian Fraser for his leadership, governance contributions and support of young engineers. The Fulton-Downer Silver Medal went to Dipal Raniga for her dedication to promoting IPENZ among students and graduates. And the McLean Citation went to Tiina Hall-Turner for commitment and service to IPENZ, over a wide range of its boards and groups, throughout her professional career.

More in this category: « IPENZ appoints new President The Institute of Public Works Engineering Australasia »
back to top
Jun 18, 2018