Auckland Airport's investment in the future 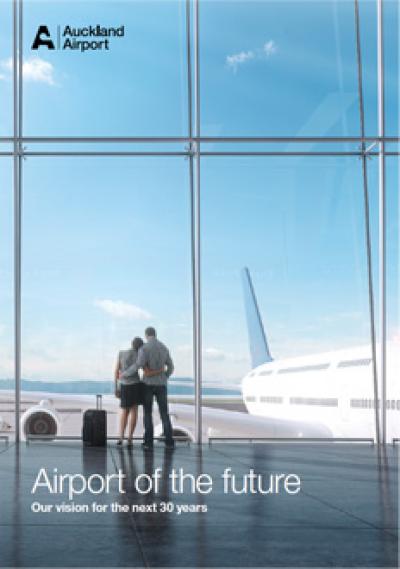 · Reasonable prices - in real terms, over the next five years average annual international passenger charges will reduce by 1.7% and domestic passenger charges will increase by 0.8%. A runway land charge of $1.19 (excluding GST) per passenger from the start of the 2021 financial year once construction of the second runway is confirmed

“In the 50 years since Auckland Airport opened, how New Zealanders travel and where we travel to has changed significantly. At the same time Auckland’s airport has evolved and grown from only several hundred thousand passengers in 1966 to over 18.7 million this year,” says Auckland Airport Chief Executive, Adrian Littlewood.

“Much of that growth has happened in only the last few years, with our passengers growing 26% since early 2014. At the same time the number of international airlines has grown significantly, with a 61% increase in only the last 22 months.”

“This passenger and airline growth has helped to fuel New Zealand’s recent tourism boom and bring real economic growth to our cities and regions. It has also helped to make travel much more affordable and provided more travel options for Kiwis.”

Some of the key infrastructure projects planned for delivery at Auckland Airport between 2018 and 2022, include:

· providing three more contact gates for international aircraft, such as the A380 and B787;

· upgrading the international check-in area; and

“As a result of this significant investment in infrastructure over the next five years, there will be better and faster passenger journeys through and around our airport. The experience within the terminals will be more intuitive and relaxing, and transferring between domestic jet and international flights will be faster and more efficient.”

“Setting aeronautical prices for a five-year period is a complex process involving a range of specific charges. We believe that the prices we have announced today balance different views and are in the best interests of travellers and New Zealand.”

“We believe Aucklanders and New Zealanders recognise the need for long-term planning and development of critical aviation infrastructure. In the next five years, we will take significant steps on the path to opening our second runway which we currently expect to be required in 2028. We will also be working hard with Airways New Zealand and the airlines to increase the capacity and productivity of our existing runway and will also be designing and securing the required planning permissions. Based on an opening date of 2028 we expect earthworks to start around 2020 or 2021. If the construction of the second runway is confirmed, we will introduce a runway land charge of $1.19 (excluding GST) per passenger at that time.”

“Auckland Airport’s new prices for the 2018–2022 financial years will target a return on investment of 6.99%. In setting our new prices we are conscious of the needs of our customers as well as our regulatory and investor responsibilities and the formal Commerce Commission review which now occurs as a matter of process. We believe our new prices are fair and reasonable given the significant investment we are making in long-term infrastructure, and our charges remain only a small fraction of the overall cost of travel. The average domestic charge will be well below average for Australasian airports and our international charge will continue to be middle of the pack compared with other airports around the world served from Auckland Airport.”

“As we continue to build the airport of the future over the next five years, it is critical that all the agencies and organisations operating at Auckland Airport cooperate to ensure customers continue to have a great experience while development takes place. As part of our aeronautical pricing consultation, the airlines and Auckland Airport have also agreed to work together on looking for ways to continuously lift service standards and on managing the ongoing planning and delivery of infrastructure.”

“Our five-year pricing and infrastructure plan announced today balances the needs of passengers, the airport community, the tourism industry, our investors and the airlines. Implementation of Auckland Airport’s 30-year vision is now well underway – providing thousands of jobs and driving economic growth. It will ensure that the airport continues to connect Auckland with New Zealand and New Zealand with the world,” concludes Mr Littlewood.

More in this category: « Business as usual for Kiwi trade in spite of turmoil on the international stage Malaysia Airlines ditches Auckland route plan for A350 »
back to top
Mar 28, 2018