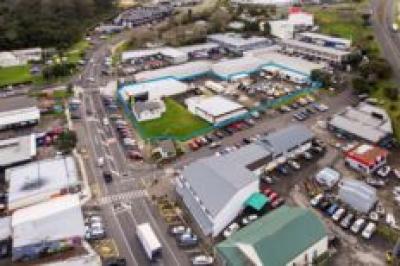 A Hong Kong-listed travel company has bought three parcels of land in Auckland for $9 million, where it plans to build accommodation units for Chinese tourists and to take advantage of the "critical housing shortage" in New Zealand's biggest city.

Orient Victory Travel Group Company, which is incorporated in the Cayman Islands, sells plane tickets, travel services, jewellery and financial services. The company has been "exploring opportunities to expand its travel related business in order to add momentum to the growth of the group", it said in a statement published to the Hong Kong stock exchange.

The three parcels of undeveloped land, totalling about 15,700 square metres, are adjacent to each other in Auckland's Silverdale, and the company said it is a good investment opportunity for it to boost revenue and increase profitability.

"The land is located in a tourism hub in North Auckland with close proximity to motorway, public transport, local amenities and popular tourist attractions," it said. "Identifying critical housing shortage in Auckland, the board believes that the property market of the nearby location where the land is situated has significant growth potential."

It intends to build self-serviced units on the land, with around 62 percent of the units to be used for accommodation for Chinese tour groups organised by the China Comfort Travel Group Company, of which Orient Victory Travel owns half.

"The acquisition will bring synergy effects to the travel business of the group's invested entity, and will also provide an additional source of income for the group through the daily operations as Auckland tourist boom rolls on, which is in line with the group's long-term strategy," it said.

More in this category: « KLM to expand ‘Anytime For You’ personalised in-flight meal service New partnership with market-leading omni-channel e-commerce company »
back to top
May 15, 2018