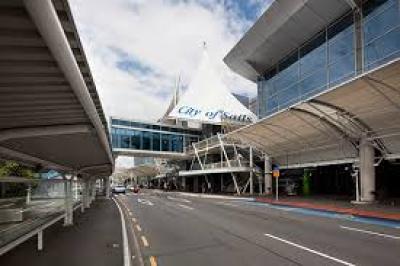 Auckland Airport has today announced its financial results for the 12 months ended 30 June 2017.

Sir Henry van der Heyden, Auckland Airport’s chair, says, “The 2017 financial year was another strong year of growth right across our business with the company continuing to focus on upgrading its airport infrastructure, growing and supporting tourism and providing the best possible customer experience during a time of significant change.”

“To help accommodate the ongoing increase in passengers and aircraft, we continued to spend more than $1 million every working day on our core airport infrastructure. There are now 44 aeronautical projects underway across the airport each in excess of $1 million and we plan to invest around $2 billion in aeronautical capital expenditure by the 2022 financial year. During the 2017 financial year, we progressed the upgrade of our international departure area and the extension of Pier B of the international terminal to provide two more aircraft gates and expanded departure lounges. We also further developed our airfield including upgrading existing and building new remote aircraft stands.”

“We have continued to sustainably grow travel markets to increase our air connectivity – which is essential for a city and country reliant on tourism and trade for its economic prosperity. We have also maintained our support for the New Zealand tourism industry, especially the operators who provide our international visitors with high-quality experiences. We also joined with other industry leaders to encourage the Government to develop new and innovative ways to upgrade tourism infrastructure.”

“Auckland Airport remained focused on its customers during the 2017 financial year, ensuring their journeys through the airport are fast and efficient and they have a range of options when parking, shopping or staying here. Improving travel times and flows around the airport precinct has been a top priority for the company in the 2017 financial year and we also continued to advocate to central and local government the need for better public transport services and state highway access to and from the airport.”

“Late in the 2017 financial year we announced our new aeronautical prices for the next five financial years – the result of a year-long consultation process with airlines on investment plans, operations and pricing. The outcome of that consultation process, in real terms, sees average annual international passenger charges reducing by 1.7% per annum and domestic passenger charges increasing by just 0.8% per annum over the next five years. We also confirmed that a runway land charge of $1.19 (excluding GST) per passenger will likely be introduced from the start of the 2021 financial year once certain operational and construction triggers are met.”

“Together, our modest price changes for the 2018–2022 financial years and our $2 billion infrastructure investment plan will deliver significant benefits for passengers. The new pricing and capital expenditure programme also balances the needs of passengers, the airport community, the tourism industry, our investors and the airlines – ensuring Auckland Airport has the infrastructure it needs to continue connecting Auckland with New Zealand and New Zealand with the world.”

“The 2017 financial year also saw Auckland Airport continue to focus on a wide range of activities to improve educational, employment and environmental outcomes at the airport, in our local communities and across the Auckland region. Ara, our airport jobs and skills hub, continues to deliver real benefits, providing more than 1,300 training opportunities and placing 190 people into jobs – 82% of whom were South Aucklanders.”

Total revenue was up 9.7% to $629.3 million, while operating expenses were up 8.8% to $156.2 million. Earnings before interest expense, taxation, depreciation, fair value adjustments and investments in associates (EBITDAFI) increased 9.9% to $473.1 million.

“In the 2017 financial year we undertook a review of our 24.55% investment in North Queensland Airports (NQA). We believe NQA is a highly attractive asset and a great investment with a strong growth strategy and a new and highly capable management team. However, our review has confirmed that while NQA is a quality asset, it is not integral to our current business strategy.”

“During the 2017 financial year, the Board elected to reinstate our dividend reinvestment plan to provide funding flexibility to support our investment in new infrastructure and growth opportunities. The dividend reinvestment plan will again be in place for the 2017 financial year final dividend, enabling shareholders to elect to purchase Auckland Airport shares at a 2.5% discount to market price, instead of receiving the dividend as cash.”

“As always, this guidance is subject to any material adverse events, significant one-off expenses, non-cash fair value changes to property, and deterioration as a result of global market conditions or other unforeseeable circumstances,” concludes Sir Henry.

More in this category: « Total acquires Maersk Oil for $7.45 billion in a share and debt transaction Time to pull our collective heads out of the sand »
back to top
Aug 09, 2018

Chinese factories could build 8000 homes a year for Kiwis