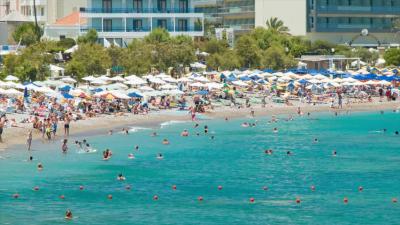 Dec 5, 2017  -  Millennials are taking more expensive holidays because they believe saving enough money to buy a house is unrealistic, a travel expert has said. Holiday firm Contiki reported a 10% increase in the average amount of money people aged 18 to 35 are spending on trips this year compared with 2016.

It found that young travellers are taking more adventurous and so-called bucket list trips, with increased year-on-year demand for destinations such as New Zealand (up 83%), South America (up 71%), Bali (up 56%) and Vietnam (up 50%).

With a typical first-time home buyer in the UK aged 30, Contiki sales and marketing director Donna Jeavons has noticed a trend in young people prioritising experiences including travel over getting on the property ladder.

She said: "With housing being so expensive, many young people are opting to live in the moment and pursue other goals first, knowing that buying a house could be a little further down the line than it was for previous generations.

"Saving a bit here and there isn't really scratching the surface for millennials, so many are choosing to have the best holiday they can afford instead."

The average age of Contiki customers is 26 and earlier this year the firm introduced specially themed trips to Canada for "avid Instagrammers".

This was in response to research which showed that a section of the youth market is drawn to destinations from where they can upload popular social media posts.

U by Uniworld will be Europe's first river cruise brand exclusively for young people when it launches in April 2018 with craft beers, mixology classes, street art tours and vintage motor bike rides.

The firm's chief executive Ellen Bettridge said: "We are targeting an active traveller between the ages of 21 and 45, with everything from the decor, dining and cocktail service to the land activities thoughtfully curated to meet the needs of this audience."

It is "designed for our millennial customers" with features such as the ability to stream movies and television shows using smartphones and tablets, crew uniforms with a "chic sportswear look" and a partnership with travel site Airbnb Experiences.

Dominique Wood, an executive vice president at Air France, said: "With Joon, we have created a young and connected brand that will give the group a new impetus."